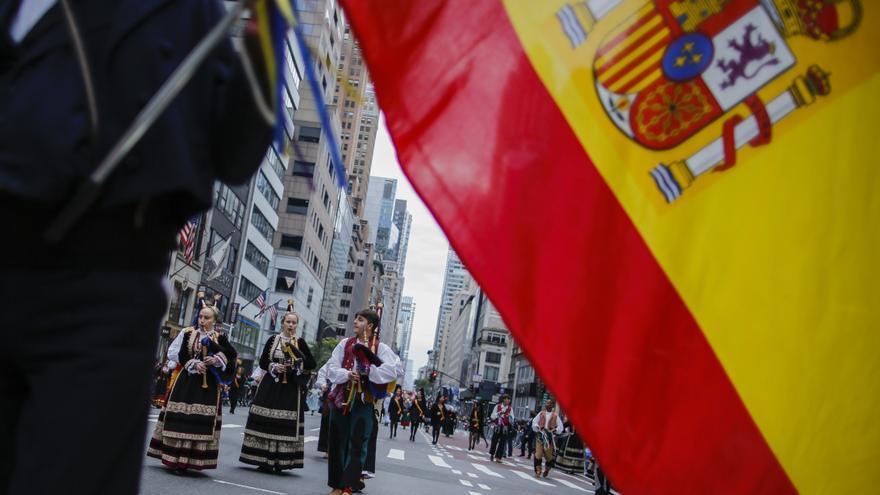 New York, Jun 19 (EFE) .- The emblematic Spanish center La Nacional, located at 239 14th Street in the New York neighborhood of Manhattan, today tells its own story in a documentary that premieres within the framework of the Festival movie theater in Manhattan.

“Once Upon a Place” (Once upon a time a place), by the novel documentary maker Cèlia Novis, narrates the evolution of this center that was always linked to the Spanish immigrant community, especially around 14th Street, where the well-known like “Little Spain”.

Novis, who is also the film’s writer and producer, spent eight years researching the past of what was the largest Hispanic community in the United States and developing her project.

The film locates the origin of La Nacional in the founding of the Spanish Charitable Society in the autumn of 1868, one of the many centers that emerged in the 19th and 20th centuries to provide shelter for immigrants of Spanish origin such as the Círculo Colón Cervantes, the Asturian Center of New York, the Spanish Circle or the Commission of Hundreds, among others.

Although it would be until the mid-20s of the last century, when the businessman José Camprubí, founder in 1918 of the Spanish newspaper “La Prensa”, bought the building in which La Nacional has been located since then, right next to the Church of Guadalupe, a temple that also became one of the axes of the Spanish emigrant community.

The female voice with which Novis has characterized La Nacional in his documentary, also leaves space for the testimonies of descendants of Spaniards linked to Little Spain, the Spanish cultural center and restaurants, grocery stores and all kinds of stores founded and run by Spaniards. that plagued 14th Street in those years.

Through all these voices, the documentary also tells the history of New York and immigration, from the development of the city at the beginning of the 20th century with numerous Spaniards working on the construction of the subway, passing through the First World War, the Dry Law or the consequences of the Spanish Civil War in the migrant community.

“A lot of effort has gone into telling a story that has become unknown. We hope that it will become the historical record and the sentimental story of La Nacional for future generations, ”said the executive director of the Nacional, Robert Sanfiz in a statement about the documentary.

La Nacional survives, although far from the splendor that together with the Spanish Quarter of Manhattan it experienced in the decades of the 20s, 30s and 40s.

The recession that the city experienced in the 70s, with the proliferation of violence and drugs in many of its neighborhoods, signed the death sentence of Little Spain.

Like many other New Yorkers, the Spanish community began a slow exile while the abandoned premises were left empty or were replaced by others that ended up changing the image of the neighborhood forever.

But La Nacional and the façade of the adjoining Church of Guadalupe continue to recall the emigrant and Spanish origin of that neighborhood of the Big Apple.