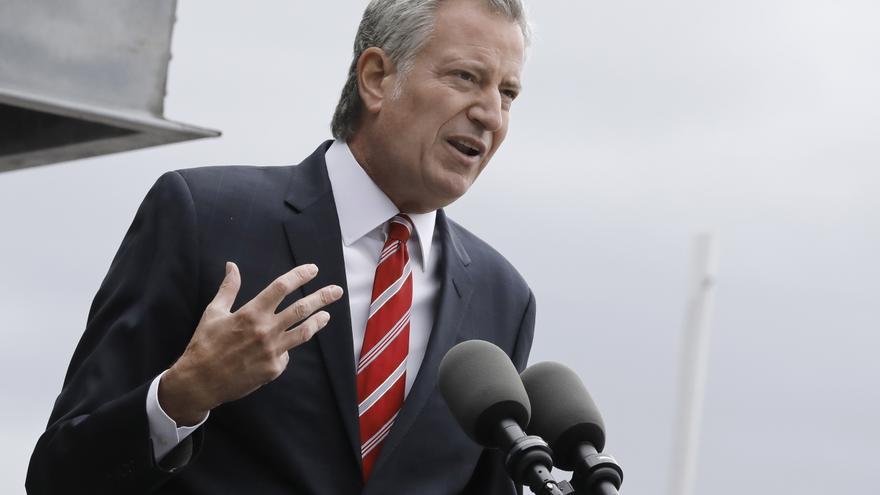 New York, Jun 7 (EFE) .- The New York City Hall recruited the famous music producer Clive Davis to organize a mega-concert in Central Park to celebrate the city's recovery after the pandemic, as The New York Times announced on Monday .

At the moment there are no confirmed artists, but the intention is to reunite eight "iconic" stars in a three-hour performance, with 60,000 spectators in person and a television broadcast for the whole world, Davis told the newspaper.

The event, which is tentatively planned for August 21, would be part of a week of celebrations to mark the reopening of a city that was one of the global epicenters of covid-19.

"This concert is going to be a once-in-a-lifetime opportunity," New York Mayor Bill de Blasio said in an interview with the Times, who assured that all that week will be something "never seen" in the Big Apple.

With the idea of ​​bringing together an exceptional cartel, De Blasio has put himself in the hands of Davis, one of the most important figures in the American music industry for decades and who throughout his career has collaborated with names like Janis Joplin , Bruce Springsteen, Aretha Franklin or Whitney Houston.

The 89-year-old producer is working on the selection of artists and Live Nation, the giant of live entertainment, is also involved in the production.

According to Davis, who has been in charge of organizing the Grammy gala since 1976, most of the tickets will be free, although there will be some paid VIP seats.

The place chosen for the mega-concert is the large meadow located in the center of Central Park, the scene of historical performances by artists such as Elton John (1980), Simon & Garfunkel (1981) or Luciano Pavarotti (1993).

In recent years, that area has hosted several editions of the Global Citizen festival, with concerts by stars such as Beyoncé, Metallica, Neily Young or Coldplay.

Although the Big Apple has already lifted most of its restrictions on leisure and hospitality, so far it has not held an event of this size.

According to the mayor's office, in the concert there will be areas for vaccinated people - for which about 70 percent of the tickets will be reserved - and for people who have not been vaccinated.