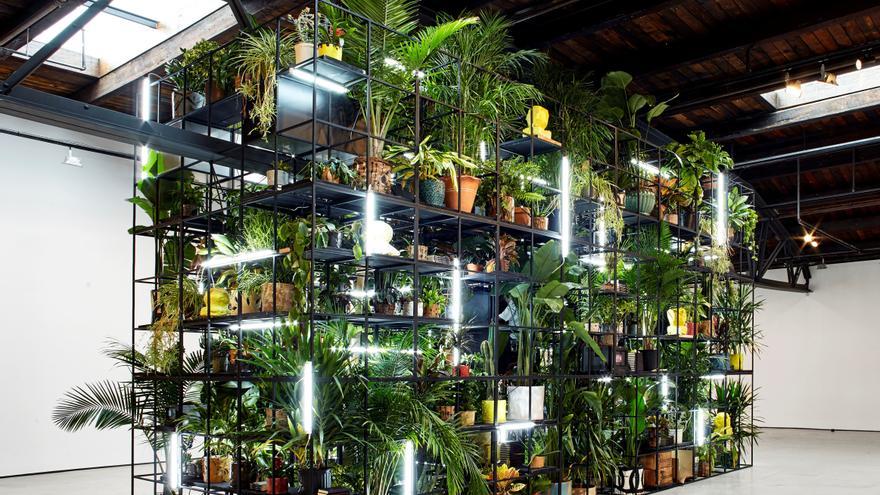 New York, Feb 16 (EFE) .- The New Museum in New York presented on Tuesday an exhibition that examines what is considered the most prominent social problem in the United States, the racist crimes against the African-American population, and the process of mourning and the sense of loss resulting with pieces by 37 artists using a wide range of disciplines.

Titled “Grief and Grieving: Art and Mourning in America,” the exhibition was originally conceived by renowned Nigerian curator Okwui Enwezor between the fall of 2018 and March 2019, when he passed away, after which the museum established a group of experts to finish to give shape to the exhibition, which now also represents a tribute to the curator’s legacy.

The exhibition aims to show that the process of mourning is not only reduced to melancholy, but is also expressed through criticism and resistance.

For Enwezor, the exhibits help illustrate that mourning is a practice permeable to the social, economic, and emotional reality of the African-American population in the US, and that multiple generations of individuals, families, and communities live.

Exhibited on four of the floors of the New Museum, the exhibition includes pieces of documentaries, photography, experimental filmography and performances, combined with other more traditional disciplines, such as painting, drawing and sculpture, which explore from the civil rights movement of the 1960s to police violence against African Americans in the 1990s and today.

Among the most outstanding pieces is “Procession” (1986), by Jean-Michel Basquiat, in which four black silhouettes can be seen facing another figure painted in red, blue and white (the colors of the American flag) , who carries a skull.

With the piece, the New Yorker of Haitian and Puerto Rican origin wants to express the profound damage that slavery caused in the region, as well as to recall some of the customs of jazz funerals, in which people in mourning walk in procession after the remains of the deceased.

The show also features a piece by Simone Leigh, whose works have been widely applauded in recent years in the US, and who on this occasion has designed a tall and slender copper sculpture, a female figure ending with a head. in the shape of a spoon, alluding to the ladles used in the rituals of Liberia and Ivory Coast.

The work, “Sentinel IV” (2020), also recalls the “Femme cuillère” (1927-27) by Alberto Giacometti, in which the shape of these particular spoons is used in the area of ​​a woman’s belly, with which Leigh wants to allude to the debate of the African cultural appropriation by European artists of the avant-garde.

The museum also exhibits a monumental work by Rashid Johnson, “Antoine’s Organ” (2016), a huge structure divided into several shelves with black metal scaffolding, full of plants and lights, including items associated with the African diaspora: copies from the books “Sellout” by Randall Kennedy and “The Sellout” by Paul Beatty, as well as “Native Son” by Richard Wright.

Another great piece is “Peace Keeper” by Nari Ward, a large hearse that conveys the idea of ​​mourning, but which is tarred and feathered, which wants to reflect humiliation and revenge. The vehicle is also surrounded by a cage, which represents the interruption of the duel.

The Ethiopian-American Julie Mehretu, to whom the Whitney Museum will dedicate an extensive exhibition shortly, is also present with four of her abstract paintings, in which she was inspired by various tragic events, such as the white supremacist demonstration in Charlottesville, Virginia. ) of 2017 in which a person died, and the protests that broke out in Ferguson (Missouri) after the death of Michael Brown at the hands of police officer Darren Wilson.