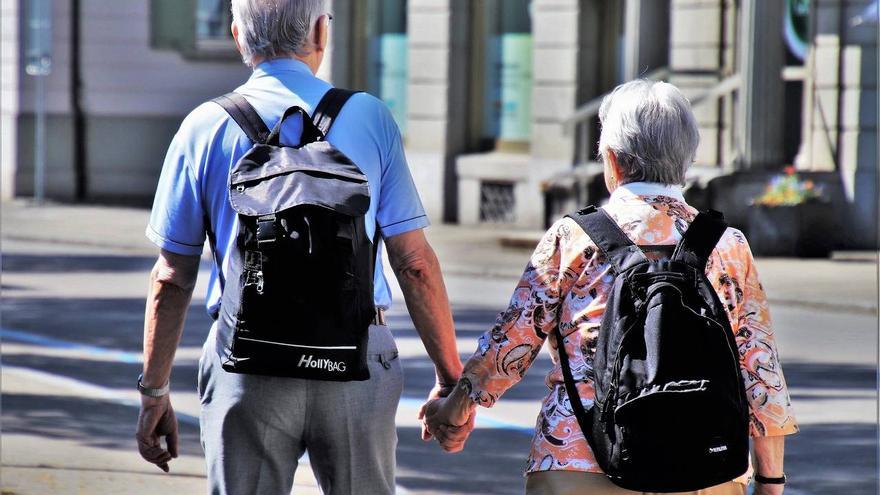 The U.S. Food and Drug Administration (FDA) has approved this week the Aduhelm drug (aducanumab) for the treatment of patients with Alzheimer's disease, the first accepted new therapy since 2003.

To do this, it has used the accelerated approval pathway, which admits a drug for a serious or life-threatening disease that can provide significant therapeutic benefit over existing treatments even though there remains some uncertainty about such clinical benefit.

"Aduhelm is the first treatment to target the underlying pathophysiology of Alzheimer's, the presence of beta amyloid plaques in the brain. Clinical trials were the first to show that reducing these plaques could lead to a reduction in the clinical deterioration of this devastating form of dementia, "said Patrizia Cavazzoni, director of the FDA's Center for Drug Evaluation and Research.

"We are aware of the attention surrounding this approval. The data was very complex and left residual doubts about its clinical benefit. There has been considerable public debate as to whether Aduhelm should be approved," he added.

Cavazzoni has pointed out that, to make the decision, the opinion of numerous experts and patients was requested. "By determining that the application met the requirements for expedited approval, the agency concluded that the benefits of Aduhelm outweighed the risks of the therapy."

As shared by the US agency, the final development of Aduhelm consisted of two phase 3 clinical trials. The first met the primary endpoint by showing a reduction in clinical deterioration, but the second trial did not.

In fact, the Advisory Committee on Drugs for the Central and Peripheral Nervous System, which met in November 2020 to review clinical trial data and discuss the evidence for Aduhelm's application, disagreed that it was reasonable to consider the clinical benefit of the only successful trial as the main evidence supporting approval.

However, in all the studies in which it was evaluated "it consistently and very convincingly reduced the level of amyloid plaques in the brain in a dose and time dependent manner." Therefore, FDA specialists trust that the reduction of amyloid plaque will translate into a reduction in clinical deterioration.

The reaction of the specialists has not been long in coming. Tara Spiers-Jones, of the Dementia Research Institute of the Edinburgh University (UK) believe that while the approval is great news, the drug's ability to slow memory decline is less compelling.

"This drug reduces the amount of amyloid plaques in the brain, which is expected to slow the progression of the disease if given to people in the early stages of the disease. This is very exciting for scientists trying to develop treatments that really change life, but there is still a long way to go, "he says.

For her part, Hilary Evans, executive director of the UK Center for Alzheimer's Research, hopes that this landmark decision will have an immediate positive impact on the global search for effective dementia treatments: "Aducanumab is only suitable for the early phase of the disease, so maintaining investment in dementia research will accelerate development. search for treatments that change the lives of those affected, and in the later stages of the disease ".

In our country, the Study Group of the Neurology of Behavior and Dementias of the Spanish Society of Neurology (SEN) assesses how the decision has been adopted after intense months of debate and controversy, among other reasons because Biogen (the company that owns the molecule) decided not to complete the studies, as planned.

"In any case, this approval reflects the exciting moment we are in in the research and fight against Alzheimer's and may be a turning point. Despite the doubts about the FDA approval of aducanumab, we must celebrate the enormous advances that we have had in the last decades, advances until now overshadowed by the repeated failures of clinical trials until yesterday, "the SEN explained in a statement.

"We hope that it will help mobilize more resources in the fight against the disease, although there are still several crucial questions to be resolved. In addition to the aforementioned questions in relation to efficacy, there are essential points pending in relation to the selection criteria, access to the drug, preparation of the health system and its cost ", they conclude.