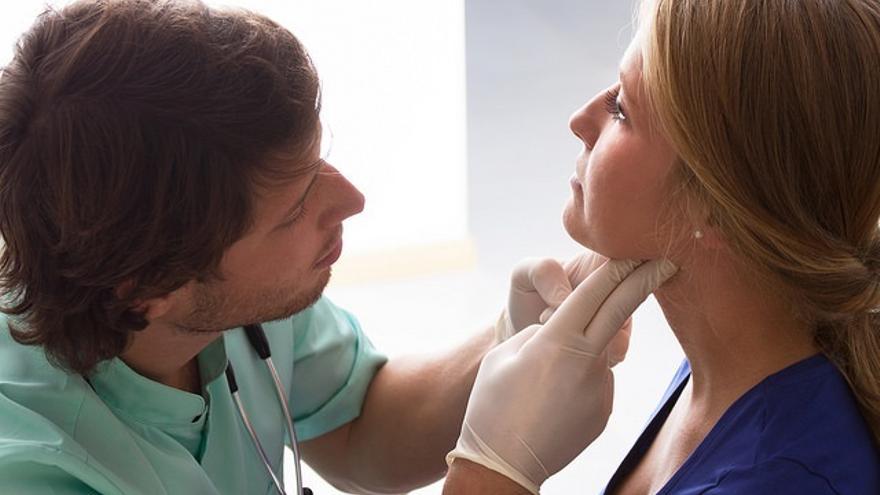 New studies on omicron variant confirm that this strain damages minus the lungs than previous variants and, instead, affects more throat, according to the newspaper 'The Guardian', which warns that these research they have not yet undergone peer review by other scientists. Researchers believe that the fact that omicron is focused on the throat would explain why this variant is most infectious but less deadly.

"Ómicron seems more capable of infecting the upper respiratory tract and affecting cells in the throat. It is very preliminary, but ongoing studies point in this direction," said Deenan Pillay, professor of virology at the University College London. Pillay points out that the different mutations would have altered the infectivity of the virus. Thus, if the virus produces more cells in the throat, this makes it more transmissible, which would explain the rapid transmission of omicron. In contrast, the variants that affect the pulmonary system the most are potentially more dangerous, although less contagious.

Molecular virology researchers from the Liverpool University have published a work that indicates that omicron causes a "illness less severe "in mice, according to Professor James Stewart. Mice infected with omicron lost less weight, had a lower viral load and suffered less severe pneumonia. Scientists from USA. "Animal testing suggests that omicron is less severe than the original virus from Wuhan or that variant. The animals they recovered more quickly, "he added. Stewart insists, however, not to lower our guard." These indicators are good news, but it does not mean that we can lower our guard because we remain clinically vulnerable, "he warned.

The Neyts Lab team of the Leuven University of Belgium has reached similar conclusions in an experiment with hamsters. These animals subjected to the omicron variant had a lower viral load in the lungs compared to other variants.

In the University of Glasgow, scientists from the Virus Research Center have determined that omicron has meant a change in the way in which the coronavirus enters the body and that just as it escapes the immunity of people who have received two doses of the vaccine, the third dose "partially recover that immunity."

These studies are in line with those published in the University of Hong Kong and Cambridge University, which concluded that omicron affects the lungs less. And although it is capable of outwitting vaccines, it has a more difficult time penetrating the cells of the lungs.

The tests, in the throat

These investigations fuel the debate about how to make the antigen test. Last week, some scientists suggested that the results could be more accurate if the tests were done by taking throat swatchesin addition to the nose. Professor Jennifer Rohn, from the University College of London, recounted her own experience: taking samples from her nose, the test had come back negative, but it came back positive when she took the sample from the throat.

This experience is linked to a study carried out in South Africa which showed that in the PCR, samples of saliva they were better than nasal at detecting the omicron variant. Professor Lawrence Young, a virologist at the University of Warwick, cautions that the data is not yet significant enough to draw conclusions.