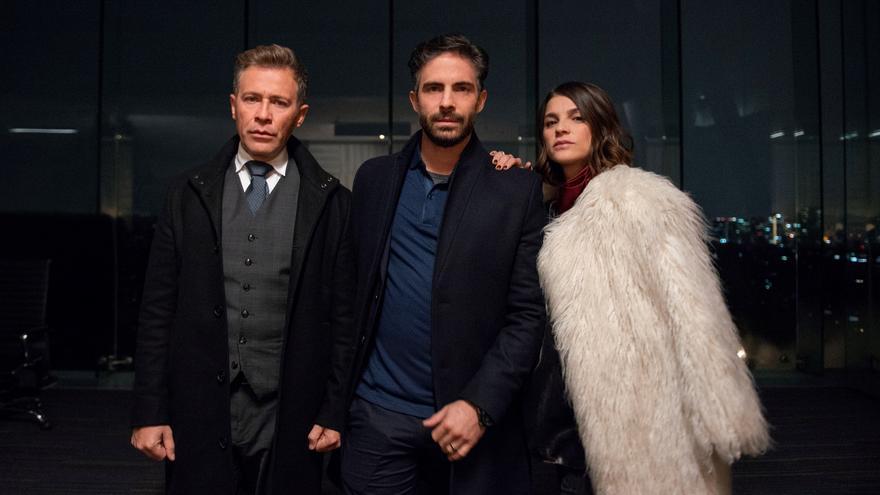 Mexico, Dec 16 (EFE) .- Like the turbulent and changing times we live today, the second season of the Mexican series “Monarca” will return with more secrets, a dynamic and unpredictable plot, new characters and inclusion themes and sexual freedom.

“The first season is the presentation of the characters, their cosmos and universe. In this second we are obliged to go inside, to go deeper. Since we know the characters, we have to see how far they are capable of going to achieve their goals ”, says Osvaldo Benavides, who is Andrés Carranza in the series, in an interview with Efe and a small group of media.

In 2019, the Carranza family burst onto the screens with a drama focused on a high-born Mexican family mired in family problems, drug trafficking and corruption that, after the death of the patriarch, would seek to keep an important tequila company, Monarca, standing with Ana María Carranza (Irene Azuela) as leader.

In this second installment, by arrangement of the family matriarch, the company will change its leader and one of the brothers will take charge of it, who enjoys power and danger like few others.

Sofía Carranza (Fernanda Castillo), a new character, will appear in the plot accompanied by her husband, Ignacio Urrutia (Alejandro de la Madrid), to unravel the truth of the death of her father, Agustín Carranza.

His arrival, in addition to changing the plans that his cousins ​​have for the company, will open the door to old loves in the family.

Sofía is another strong woman with whom Castillo’s work has been associated in previous productions, however, what most attracted her to the project was the inclusion in the fiction produced by Salma Hayek of a child with down syndrome, who will act as your son.

“She is a character (Sofía) who looks like a villain, because she is trying to annoy the protagonists, but she is the mother of this young man and she tells us about the other world that she has as a mother in a society where you have to be perfect and look perfect, and where inclusion is so difficult ”, he points out.

Castillo managed to empathize with Sofía from there, as she has a sister with down syndrome and knows the difficulties they and their families are going through, and applauds the work of “Monarca” for showing them in a dignified way.

“I understand the rejection that people with different abilities suddenly experience due to ignorance or fear. It was very important to me that Emilio (the actor) felt included. We are talking about a series that deals with many issues and one of them has to be the diversity of this country ”, adds Castillo.

But that will not be the only inclusion issue that the series will address, as Cecilia Carranza, matriarch of the family, will face a mental instability that will open the dialogue to the treatment of these types of diseases.

“What I did was give that complexity to Cecilia. We do not know what disease it is, it is not clear, and that is very painful for her ”, says Rosa María Bianchi, the actress gives life to Cecilia.

Your character will have to deal with his past decisions and fight with his ghosts, but his mental condition can unleash great conflicts in the family.

THE TURN OF THE CARRANZA BROTHERS

The fate of the brothers Ana María (Azuela), Andrés (Benavides) and Joaquín (Juan Manuel Bernal) will change radically in matters of power in the company and in the personal conflicts that each one experiences.

Ana María will show a darker side of her personality, she will live conflicts with her partner that will lead her to hit rock bottom and after having enjoyed power, she will have to learn to let it go.

“The situation is a seesaw, having reached the presidency of ‘Monarca’ meant a lot of work and that suddenly the fact that the mother with her hand on her waist takes it away brings her a situation of important failure,” says Azuela .

For his part, Joaquín will deal with organized crime, his daughter’s addictions and how fragmented his family is.

Likewise, Andrés will live a time of prosperity and growth, and at the same time his son will pay for the crime he committed.

“Andrés ended the first season leaving Monarca to find his own way. He is a character who likes the game of danger, he is a bit sadistic, ”says Benavides.

He will also live his sexuality more openly and will invite his wife Jimena (Gabriela de la Garza) to do it by his side.

The first season of “Monarch” is available on Netflix and will present its second part worldwide on January 1, 2021.