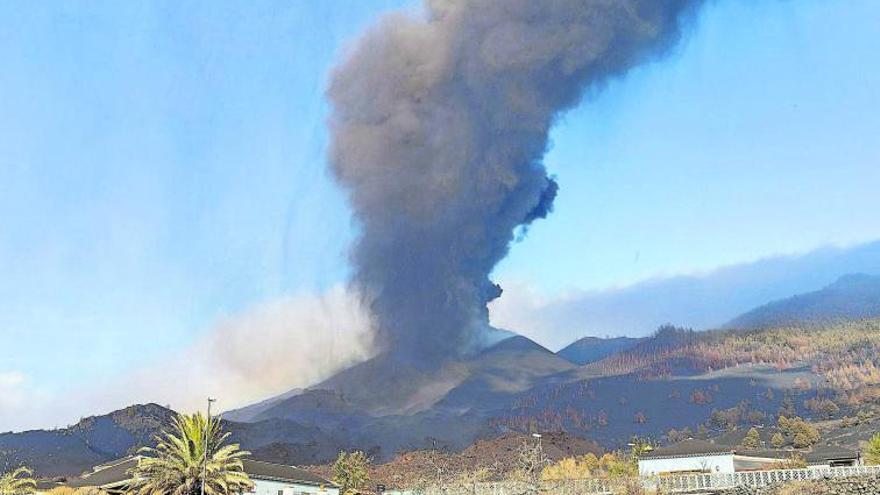 Most of the tremors observed in La Palma during the last days remain at a depth that ranges between 10 and 15 kilometers. Added to this is that no significant deformations have been located in the ground and that the pressure levels of the gases remain stable. For this reason, the technical director of Pevolca, Miguel Ángel Morcuende, assured that none of the parameters analyzed suggests that a new emission center will emerge in an area far from the active volcanic cone. The possibility of this scenario occurring, Morcuende stressed, is “very slim” and “not likely.”

This seismic activity, clarified the spokeswoman for the Pevolca Scientific Committee, María José Blanco, is due to the existence of a mechanism for “feedback and readjustment” of the volcanic system and insisted that currently “there is no data that suggests that a new mouth can be opened.”

Since the emission halt on September 27, the day the volcano stopped roaring, the seismic swarm that announced the eruption between September 11 and 12 returned to its origins, in the south of the island. . Specialists explain that this scenario may be due to the fact that the volcano is recharging itself from magmatic reservoirs found in deeper layers of the Earth. However, the shaking can also be due to the volcanic system being readjusted or modified inside. Magma, on its way to the surface, travels through conduits where it encounters obstacles and advances, breaking the rock. Are fractures They generate waves that are perceived on the surface thanks to seismometers and, on some occasions, can be perceived by the population as earthquakes or tremors.

Blanco recalled that the eruption of the volcano Tagoro, in El Hierro, showed a seismic activity similar to that which is currently being experienced in La Palma, since the typical type of eruption in the Canary Islands, the Strombolian, is never uniform. During the Herreña volcanic crisis, which marks a decade this Sunday, seismic activity was also recorded before and after the volcanic eruption. In El Hierro, after several years of swarms with random periodicity in the area, the activity ceased after several earthquakes of magnitude greater than 3 degrees, between the months of November and December 2013. From then on, the volcano fell asleep and Meridian Island seismic activity dropped to a few low-magnitude earthquakes each year.

Yesterday dozens of shocks were recorded on La Palma. The lowest magnitude reached 2.3 degrees and its epicenter was located in Fuencaliente. In this municipality, an earthquake was also registered at a depth of eight kilometers, which made it the closest earthquake to the surface and the seismographs registered a magnitude of 2.4 degrees.

The population felt at least a dozen earthquakes throughout the day. Most of them with intensity II-III, on a maximum scale of XII. At 3:26 p.m. an earthquake of magnitude 3.8 was detected southwest of Villa de Mazo, at a depth of 37 kilometers. This earthquake was followed by three others of magnitude 3.6, 3.4 and 3.5 located in Fuencaliente and Mazo and at a depth that ranged between 10 and 14 kilometers. In the last week, according to data from the National Geographic Institute (IGN), 322 tremors have been registered on La Palma.

From the Pevolca they explain that in recent days there have been no significant deformations in the terrain of La Palma, although deflation has been detected – less deformation of the terrain -, which indicates a decrease in pressure in the magmatic system of Cumbre Old. Something that for Morcuende is a “very positive” sign. However, the high level of seismicity, as well as the volume of gases that the Cumbre Vieja Palmera volcano expels, do not suggest that the eruption may be nearing its end.