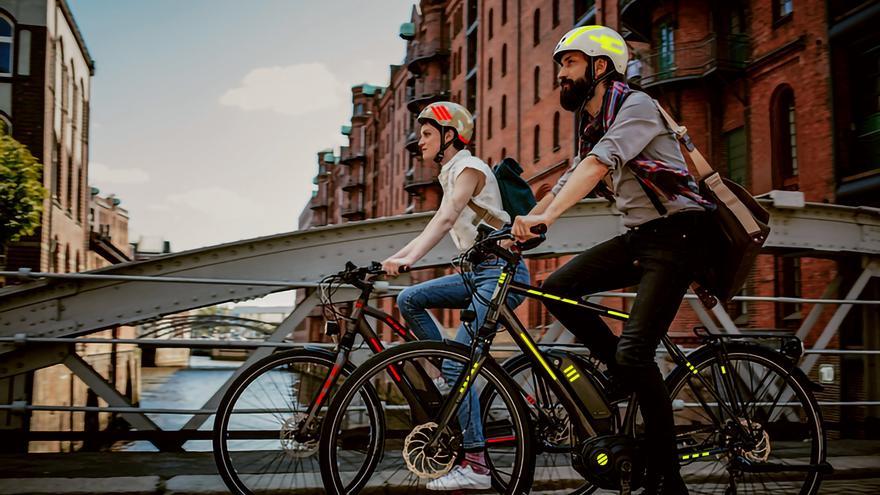 Mexico City, Jun 2 (EFE) .- New reflective tapes placed on the rear frame of the bicycle and on the pedal cranks will improve the visibility of cyclists at night and will prevent thousands of accidents, the company 3M announced on Wednesday .

On the occasion of International Bicycle Day commemorating June 3, 3M announced the manufacture of reflective tapes that will provide bright retroreflectivity at wide angles to improve day and night visibility of bicycles.

According to data from the "International Road Federation", the poor visibility of cyclists is due to the lack of reflective devices installed on bicycles.

The bicycle has positioned itself around the world as an efficient, ecological, and practical means of transport and with the coviv-19 pandemic, the popularity of the bicycle has increased and its sales grew by double digits in 2020.

The popularity of bicycles in Latin America is clear as evidenced by Mexico City having submitted a plan to build 128 kilometers of temporary cycling infrastructure.

On the other hand, in Bogotá an attempt is being made to open a 35-kilometer network of bicycle lanes on streets normally closed to cars.

According to the Federal Highway Administration of the United States, the rate of deaths from traffic accidents in the North American country is three times higher at night than during the day, so the installation of reflective devices on bicycles will help reduce accidents.

The World Health Organization (WHO) has indicated that road accidents are considered one of the most important public health problems, so improving visibility and demarcation conditions will contribute to safer road environments.