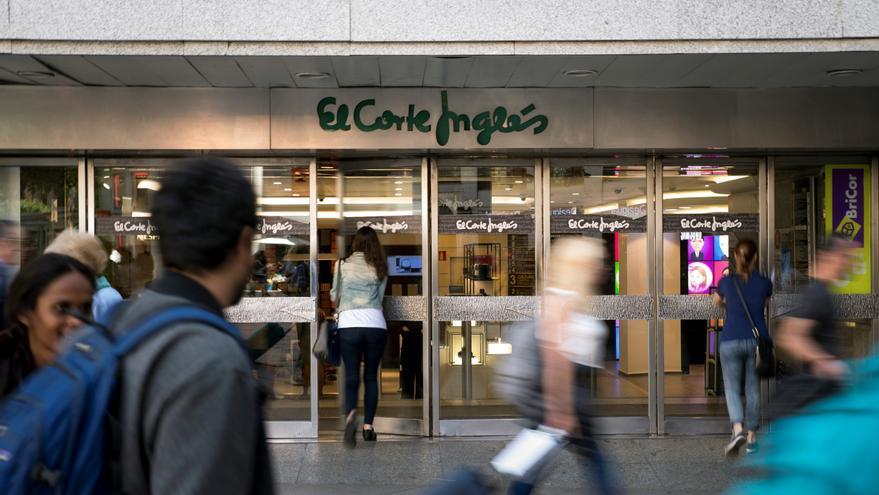 A week ahead to reach an agreement that, to this day, seems feasible. El Corte Inglés and the four unions present in the Negotiating Commission of the Incentive System of the department store group (Fasga, Fetico, UGT and CCOO) seek to seal the new framework that defines the sales commissions received by their sellers, which may occur next November 29.

It is a matter of materializing a relevant agreement for the distribution group, because practically half of the El Corte Inglés workforce, close to 40,000 people, is dedicated to sales tasks, dealing directly with the customer.

Since 2014, workers' sources explain, these commercials had an incentive plan that they consider "opaque, complex, unfair and that leaves many people out." Now, they say, the change in the direction of the chain of department stores, after the media fight for its control, has led to a change in approach. Also, they indicate from the staff, because the company has found that the commission model is one of the main problems for half of its workforce.

"If almost 40,000 people tell you that they do not understand the incentive system, then it will have to be changed," they emphasize. An opinion that was evident in an employee survey in which this commission system failed in valuation. "It was the main concern of the workers, by far," they add.

Among the problems highlighted by the staff representatives is the premium system that has been in use for seven years and that differs not only by department, but also by where each store is located and what time of year is. "It is not the same to sell on sale in mid-April," they emphasize, adding that "it is annual, with no possibility of liquidation at the end of each month."

The inflection point and from which the complaints derive, indicate the aforementioned sources, is in 2014, in the final stretch of the financial crisis, when the commission model was changed. "Historically there were two incentive systems in El Corte Inglés. One, which rewarded direct sales and for which the commercials kept a percentage from the first euro they sold. Another, the one that prevailed in Hipercor and Tiendas El Corte Inglés, which It was more liberal, more American and with which you could earn more, but there were also months when you didn't earn anything, "they argue.

That system changed seven years ago. "The El Corte Inglés Stores model triumphed", they point out, "which disappeared, as did Hipercor - a subsidiary that was absorbed by El Corte Inglés in 2017 - but that model has been maintained". This, they explain, marks a sales figure for each seller that is exempt from commissions. Only when that sum is exceeded, sellers begin to receive these bonuses.

But that scale, defined as 'exempt sale', is difficult to calculate and different depending on the section, the department, the town where the commercial establishment is located or the date marked on the calendar. For example, they indicate, a vendor in the Castellana center in Madrid will have an exempt minimum; and one from Mijas, in Malaga, a different one. "And it is not the same in the Informatics section as in the Books section," say sources from the negotiating commission.

There are four unions at that negotiating table. Regarding the union representation of the distribution group, Fasga has 53%; Fetico, with 35%; UGT, 9%; and CCOO, 4.5%. There are also other formations, such as LAB, with less than 1%.

The company led by Víctor del Pozo does not comment on the negotiations, which could be closed before the end of the month. At the moment, there are points on which union representatives and the company would agree.

The first is the elimination of territorial differences and those linked to the time of year in which the sale is made. They also perceive a consensus that incentives are paid month by month and not annually. And, finally, in the reduction in the number of 'bonuses' that, currently, according to the aforementioned sources of the workforce, results in a range of dozens of different commissions, which makes their calculation impossible. The company, in the meeting held on Monday afternoon, has already agreed to reduce the rates to 17, according to the negotiating committee.

Where there is no agreement is in the company's approach that, instead of exempt sale, an alternative system is put in place. From the first incentive of each seller of each month, 20 euros would be for the company. "We do not understand or share this canon," they deepen. Initially, that figure was 30 euros.

Instead, they speak of progressivity, of agreeing on a stepped and achievable system, which involves some type of additional 'bonus', which is perceived as the sales of each employee increase and which implies, at the same time, a motivation to improve the Relationship with customers.

Apart from the aforementioned point in which the main differences are, the union representation also wants to include in the bonus plan some departments that are currently out. They point, for example, to positions linked to sections of supermarkets or departments that are outside the 'El Corte Inglés' umbrella, because they depend on other brands in the group. This Monday the distribution group has agreed to include the group that sells perishable food.

At the moment, according to the information transmitted, there will foreseeably no changes related to online sales and this incentive system will be exclusively limited to the group's commercial area, to those who deal with the sale with customers. There is a week of negotiation ahead, with new meetings, in addition to the one that ended this Monday, Wednesday and next November 29.