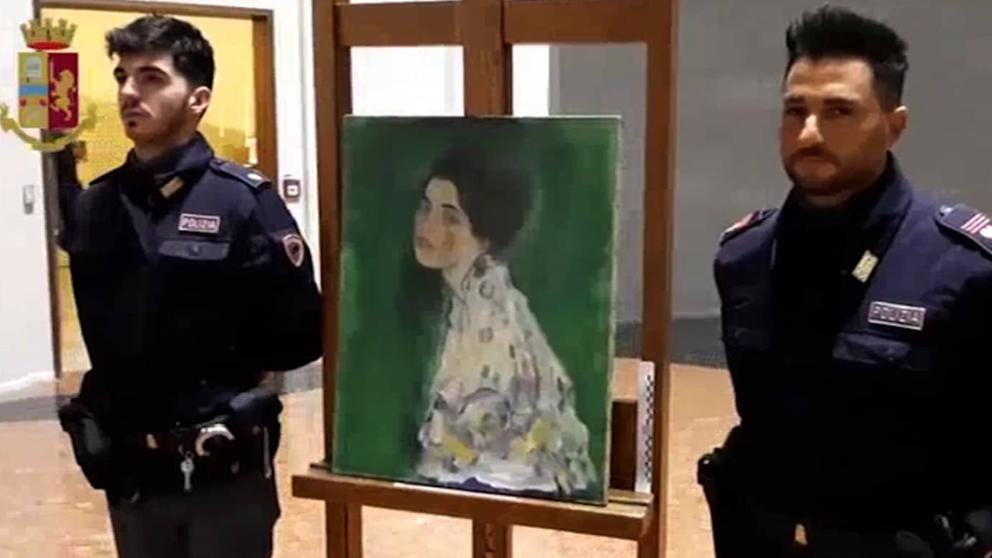 2019 ended up moving in the Ricci Oddi Modern Art Gallery from Piacenza, in Italy, after a gardener found the painting in the same museum Portrait of a lady, from Gustav Klimt. his disappearance in February 1997 for a few renovation works It was one of the most amazing mysteries in the art world.

The entity hired three investigators to check whether or not it was a canvas by the Austrian painter. After several analyzes, they verified their authorship. Of course, there are still several unknowns to be resolved, such as who is the brain behind the theft and whether or not there was any reason beyond the economic one.

Although it sounds bizarre, one of the lines of research the agents study is that it was the former director of the museum itself, Stefano Fugazza, who died in 2009, who was behind the theft by a purely commercial strategy that would have gotten out of hand. Thus at least a fragment of his personal diary could be interpreted, in which the businessman fantasized about the disappearance of the painting.

“I was wondering what could be done to give the exhibition some notoriety, to ensure a hearing success never achieved before. The idea that occurred to me was precisely that of deliberately organizing the theft, from within, of the Klimt shortly before the exhibition (my God, exactly that was what happened), so that the canvas was discovered when the exhibition had begun ” Then he noted: “Now Portrait of a Lady It’s gone forever, and damn the day I even thought of something so crazy and childish. ”


Precisely because of the words Fugazza left, his widow, Rosella Tiadina, is being investigated and has moved to the list of suspects, which with her add three. The prosecutor, Ornella Chicca, has opened an investigation against this 67-year-old teacher, whom she has accused of dealing with stolen goods.

His lawyer, Stefano Bontempo, has defended his client, ensuring that “everything is already known in this case, since the content of the newspapers has been known for years. I know Rosella Tiadina well. You cannot be accused of this crime. ” With all this, Bontempo refers to when in 2016, it is not known very well for what purpose, Tiadina gave a journalist of the BBC 2,000 pages of her husband’s diaries and some of them were published online.

About the other two people on the list, both 66, confessed at will that they had stolen the painting and later deposited it on the wall of the Museum where it was discovered. A confession they made knowing that their crimes had prescribed. One of them is Valeriano Beltrame, who has dared to speak with the intention of obtaining a lower prison sentence for another robbery. The other individual, on the other hand, has not transcended identity.

In order to clarify what happened, the police are now looking for the complete diaries of the former director of the Museum. With them, they hope they can close all open questions. They are also interested in this search and in the case itself Hollywood, which would not eventually rule out making a movie.

Rock and roll in the town square | Culture