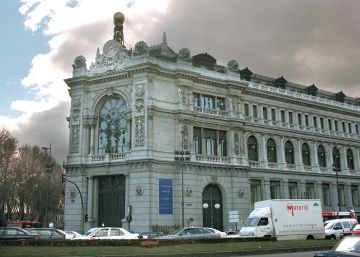 New maximum of public debt. All public administrations increased their red numbers last June to 14.644 million euros, reaching 1.21 million euros, according to data published on Tuesday by the Bank of Spain. This increase means once again reaching the historical ceiling in the absolute amount of public debt. The previous one was reached very recently: last March.

The more than 1.2 billion euros of public debt are equivalent, according to the methodology used by the Ministry of Economy, to 98.4% of GDP, a percentage that is far from the target of 95.8% that the Government set itself in its Stability Program 2019-2022 by the end of this year. Despite this distance, the department headed by Nadia Calviño points out in a note that the data known on Tuesday are "compatible" with the objective of 95.8% by the end of the year. In percentage terms, the volume of debt does not represent a historical maximum, since in 2016 the 100% barrier was exceeded for the first time. The breakdown of the psychological barrier of one billion euros of debt occurred in March 2014. And in June 2016 the milestone of 1.1 billion was exceeded. Now, in another month of June, 1.21 billion are franked.

By administrations, the state debt accounts for almost all of the increase in public debt in June, as it increased at a monthly level of 14,059 million, to 1,065 billion euros. With respect to the previous year, it increased 4.3%, adding 44,197 million euros in one year.

The public debt of the autonomous communities also contributed to the increase in total indebtedness in June, as it rose by 1,493 million euros, to 300,061 million euros. On an annual basis, it increased 2.3%.

Likewise, local corporations increased their indebtedness by 294 million in June compared to the previous month, to 26,334 million, but in the last year they have cut their debt by 3,079 million, 10.4% less.

Finally, the debt of the Social Security administrations rose 4% in June and stood at 48,693 million euros, new maximum, while at an annual level it registered an increase of 39.5%, with 13,805 million euros plus.

This rebound in debt is due to loans granted by the State to Social Security in recent years to guarantee the payment of pensions. The monthly pension bill currently exceeds 9.6 billion euros, but in the months in which there is extra pay, it is doubled.

The Government approved last March the granting of a loan from the State to the General Treasury of the Social Security amounting to 13,830 million euros to pay the pensions.

In the months of June and November, Social Security jointly pays the ordinary and extraordinary payroll of pensions, a disbursement that currently reaches 19,000 million euros and that can generate liquidity tensions to the system.

The remaining 6,330 million euros of the loan granted for this year will be used to pay the ordinary and extraordinary payments in November. Thus, at the end of the 2019 financial year, the Social Security debt will collectively exceed 55,000 million euros.