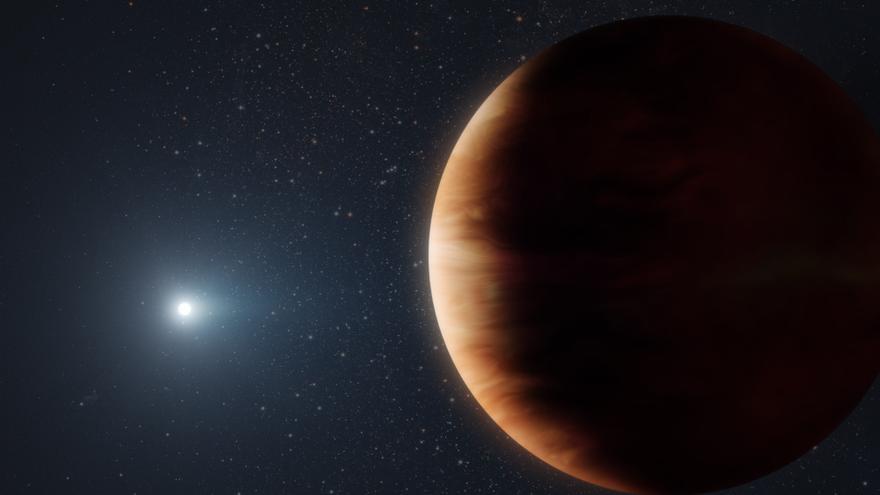 The death of the star around which the planets that form systems orbit – such as our Solar System – does not necessarily imply the disappearance of those planets. New high-resolution images captured by the WM Keck observatory show this. The key is distance: planets close to the dying star will be swallowed up, but the farthest ones will not. A group of scientists with the participation of the Institute of Astrophysics of Andalusia (IAA-CSIC), presents in the latest issue of the magazine Nature the discovery of a system formed by a white dwarf and a planet of the Jovian type –similar to Jupiter–, which allows us to glimpse the possible future of the Solar System.

High-resolution images obtained from the WM Keck Observatory (in Hawaii) reveal that the newly discovered white dwarf has 60% the mass of the Sun, and that its surviving exoplanet is a giant gas world with a mass 40% greater than that of Jupiter. The planet revolves around the star in a wide orbit, at a minimum distance of about three times that between the Earth and the Sun, says the CSIC in a press release.

“This finding confirms that planets that orbit at a sufficiently great distance can continue to exist after the death of their star – says Joshua Blackman, researcher at the University of Tasmania (Australia) leading the study – Since this system is an analog to our own Solar System, suggests that Jupiter and Saturn could survive the Sun’s red giant phase. ”

The team discovered the planet using a technique called gravitational microlensing, which occurs when a star near Earth momentarily aligns itself with a distant star. This creates a phenomenon in which the gravity of the foreground star acts as a lens and magnifies the light from the background star. If a planet revolves around the nearby star, it will temporarily warp the magnified light as it passes.

When the science team studied the planet’s host star, they found that its light was not bright enough for an ordinary main sequence star (or an adult star). The data also ruled out the possibility that it was a brown dwarf (an intermediate object between stars and giant planets) or a compact object such as a black hole. The only viable option was a white dwarf star.

“Given that 97% of the stars in our Galaxy will become white dwarfs, this discovery and those that follow will allow us to glimpse the future of exoplanets”, indicates Camilla Danielski, IAA-CSIC researcher who participated in the discovery . The research team plans to include their results in a statistical study to find out how many other white dwarfs have intact planetary survivors.

The editor of ‘Bild’, Germany’s largest newspaper, fired for “inappropriate behavior” with women in the newsroom