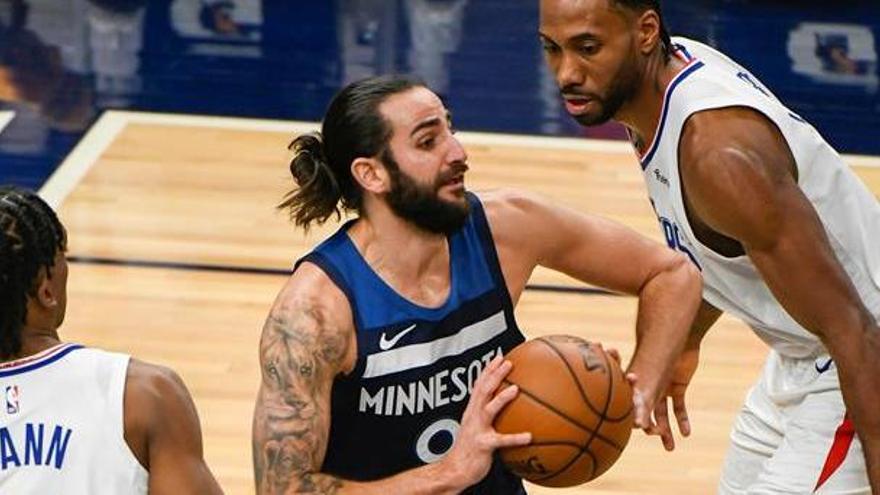 The Minnesota Timberwolves paid dearly for one more night for their inconsistency, despite having the presence for the first time in weeks of Karl-Anthony Towns, and suffered a new loss at home against Los Angeles Clippers in which the performance of Kawhi Leonard stood out with 36 points, 8 rebounds and 5 assists.

The return of Towns, who had not played with his team since January 13 after the covid-19, It was not enough for the Wolves to defeat Leonard’s Clippers and the Hispanic Congolese Serge Ibaka, the Western Conference third team.

Although the Wolves got Towns back today, they missed their other star, point guard D’Angelo Russell, who has become one of the team’s top scorers with an average of 19 points per game, due to leg problems. left.

Russell was not the only absent as the Clippers arrived in Minneapolis without Paul George, with problems in his right foot. His absence was one of the main reasons for the Clippers’ losses in their previous two games, against the Boston Celtics on Friday and against the Sacramento Kings on Sunday.

The game started well for the Wolves. Rubio started the game in the starting five and the starting position suited him well.

After two failed attempts by Towns from beyond the 3-point line, Rubio starred in a tackle after picking up a defensive rebound and with one of his classic tricks he tricked Ibaka under the basket to score 2 points. Rubio moved the team well in attack, allowing Anthony Edwards and Towns to score with ease.

After a triple by Rubio, the score was put in favor of Wolves 18-9 in the first four minutes of the game. In front of him stood out Ibaka, author of the first 4 points of the Clippers and that even Leonard was allowed to assist so that the Los Angeles star would release his particular score.

At the Wolves, Towns’ return had given the team a different tone, firm in defense and confident in attack, which allowed the first 12 minutes to conclude with a 32-27 in favor of Minneapolis.

In the second quarter, Rubio, who had accumulated 5 points, 3 rebounds and 1 assist in the first quarter, He cooled. He only managed to score 1 assist in the 5.37 minutes he was on the court, and the team noticed it. Towns stayed at 2 points and only the scoring performance of Jaylen Nowell, with 7 points, and to a lesser extent by Edwards, allowed Minnesota to go to the locker room with a 53-47 score.

Meanwhile, in the Clippers, Leonard continued to score points (16 in the first half) followed closely by Lou Williams (14 points). Ibaka had to settle for 6 points in the first 24 minutes after making just one basket in the second quarter.

The resumption of the game after the break was disastrous for Minneapolis. The 13-point lead the Wolves had in the first half was gone and within 4 minutes of the start of the third quarter, the Clippers were tied at 56-56.

Everything that had worked in the first half for the Wolves stopped working in the third period, with errors in defense and no discipline in attack, which the Clippers took advantage of without mercy.

In the third period, the Timberwolves only scored 20 points while the Clippers added 33. When the period ended, Los Angeles were ahead on the scoreboard with 73-80 and Ricky Rubio they faced another attempt to make up all the ground lost in the final 12 minutes.

In the end, the effort was unsuccessful. Wolves forward Malik Beasley, who had had a discreet night until then, made 2 triples and scored a total of 15 points while his teammate, center Naz Reid, had another 12 points and 2 rebounds in those final 12 minutes.

But Leonard and Williams answered with the same coin and in the end the two teams scored 39 points in the fourth quarter, which left the score at 112-119 and another loss for the Wolves who, at least, have recovered Towns, who he finished the game with 18 points, 10 rebounds and 3 assists.

For his part, Rubio was content with 5 points, 10 assists and 4 rebounds. Ibaka scored 10 points, 3 rebounds and 2 assists.