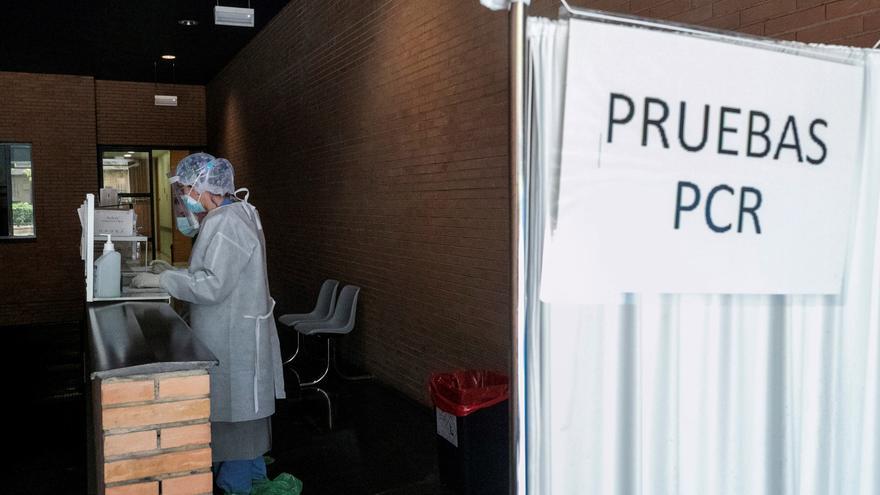 Coronavirus cases are on the rise again in Spain. This Thursday, the Ministry of Health has registered 9,658 new infections, of which 3,781 have occurred in the last 24 hours. The community with the most diagnoses is Madrid, with 2,645 additions and 979 of them between yesterday and today. In total, since the beginning of the pandemic, 429,507 people confirmed by tests have been infected.

After Madrid, Catalonia is once again the community that has reported the most new cases: 1,345 – with 164 in the last day. It is followed by the Valencian Community, which has added 1,256 – although yesterday it did not report data due to technical problems – and 134 in the last hours. Andalusia is the next, with 812 and 384; and Euskadi, with 642 and 636.

At today’s press conference, the director of the Center for Health Alerts and Emergencies, Fernando Simón, highlighted that around 70,000 PCR are being carried out in Spain daily and has also provided information on the outbreaks: since the last report of the week In the past there have been 687 new outbreaks, with 5,300 associated cases.

Regarding the deceased, the health authorities have added 25 to the total balance, so that since March there are already 28,996. Of them, 132 have died in the last week, 56 in Madrid.

Hospital admissions continue to rise. In the last week, there have been 1,607 located throughout Spain. The data for the Community of Madrid stands out, which is close to half a thousand (490). After her, Andalusia has notified 230; the Valencian Community, 153; Castilla y León, 129 and Canarias, 106. The rest of the regions report less than one hundred cases and Asturias, Euskadi and the autonomous cities of Ceuta and Melilla, less than ten.

The number of patients in intensive care is also growing. In the last seven days, there have been 114. They have occurred especially in the Canary Islands (19), the Valencian Community (14), Andalusia (14), Madrid (11) and Castilla y León (ten). The others have had less than a dozen and neither Aragón, Asturias, nor the autonomous city of Ceuta have had cases.

Likewise, the data of the infected health personnel has been updated. In the last week, there have been 705 cases, distributed throughout Spain except in the Basque Country. These infections are led by the Valencian Community, with 99, followed by Andalusia, with 78 and Navarra, with 76.

Agreement between Government and communities on going back to school

This Thursday, Government and communities have reached an agreement to implement 23 measures and five recommendations for going back to school, from which only the Basque Country has declined. “There is a commitment to follow these measures but not only these,” said the Minister of Health, Salvador Illa, referring to the different plans that will be launched by the autonomies, which have the powers in educational matters. What the Government has emphasized in the press conference after the meeting with the Education and Health counselors is that going back to school is compulsory for minors between the ages of six and 16 due to the possibility that there are fathers and mothers who refuse to attend class fearing that it is not a safe environment. What the Executive has not specified is what measures in the matter of conciliation it intends to adopt for those parents who have to take care of their children in case they are in quarantine and cannot work.

On the other hand, beyond going back to school, in Madrid, the City Council has approved an emergency plan to stop the virus. The mayor, José Luis Martínez-Almeida, and the deputy mayor, Begoña Villacís, have announced the closure of the 3,800 parks and gardens of the city between 10 pm and 6 am “to avoid the bottle”, the anticipated closure of the municipal swimming pools of summer and a campaign of awareness and control with volunteers at street level. All the measures will be launched on September 1, the municipal team has specified after the Governing Board this Thursday, the first of the new political course.

In addition, the Minister of Health, Salvador Illa, has announced who have decided to advance the flu vaccination campaign. If usually, each year began in late October and early November; this year, it will be “the first half of October, ideally the first week.” With this orientation, each autonomous government decides its influenza vaccination schedule. The objective will be to reach 75% coverage for people over 65 and 60% for people at risk, in contact with people at risk, and pregnant women.