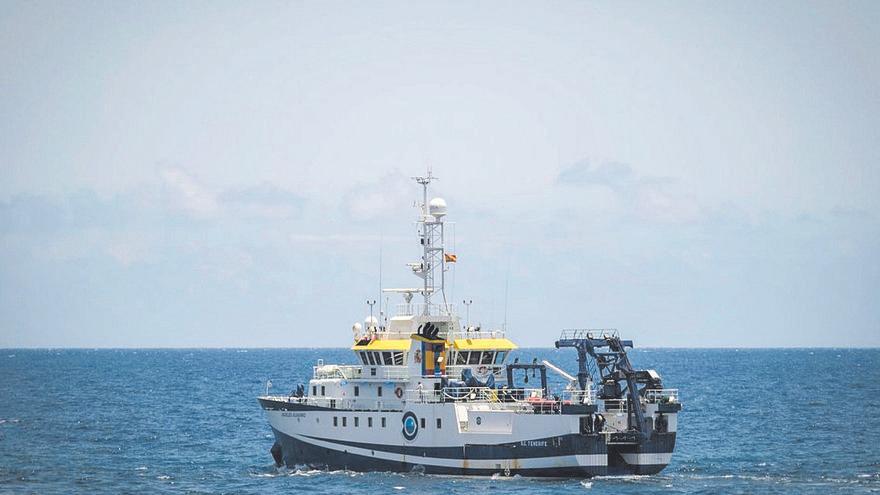 Beatriz Zimmermann, the girls’ mother Anna and Olivia, allegedly murdered by his father Tomás Gimeno and thrown into the sea, has thanked the Civil Guard and of all the professionals who have worked in the search for the bodies, especially the technicians of the scientific vessel Ángeles Alvariño, which on the afternoon of this Wednesday left the Canarian waters.

In a statement released through social networks, her family and friends, on behalf of Beatriz, have asked society to “never forget Anna and Olivia”, noting that despite the “hard moments” lived in recent months, Beatriz has been able to move on thanks to the “love” of all.

The judicial authority investigating the case of the girls allegedly murdered by their father in Tenerife will authorize in the coming days the cessation of the tracing operations of the oceanographic vessel Ángeles Alvariño in search of the bodies of the alleged murderer Tomás Gimeno and his daughter Anna, when reaching the conclusion, both the instructor and the person in charge of operations of the vessel, that it is “impossible” to continue with the tracking due to the steepness of the underwater terrain.

The titular magistrate of the Court of Violence against Women number two of Santa Cruz de Tenerife, the competent body for the investigation of the case, has made this decision today, after having received a report from the ship’s operations manager that describes the exploration in the area where they could hypothetically be located new results.

According to the technical reportDuring the search, the Judicial Police were able to collect and analyze new information, and its result was to discover that in the long drift that the boat had after the loss of mobile signal, for a short period of time, its engines returned to work and made a navigation of about three minutes.

A) Yes, “The point where the engines stopped again becomes the most probable point where Tomás could have thrown himself into the sea”.

From this point on, a new search area, centering it on that same point around 500 meters and the drift line is delimited by establishing a street 500 meters wide, 250 on each side of it, on which to search.

This drift line was taken as a base, and the exploration was extended to both sides.

These types of bottles give a very limited air supply, and it is speculated that he used them in his suicide attempt to ensure that he reached the necessary depth to avoid turning back, the document collects.

Around the bottle spawn area Search lines were established five meters apart in order to be sure that there were no objects left in the area, no matter how small.

Thus, It was also looked for if the lead belt appeared, which would confirm that it was adrift, but could not be found.

The body can move

Given the currents in the background, it cannot be assured that a body weighted with a diving belt would not roll away and could reach an undetermined place and, therefore, outside the search capacity available to the ship.

No longer having new tracks We have proceeded to continue searching on the drift line and have made 35 lines perpendicular to it with a separation of 20 meters.

This would correspond to a 35-minute drift, being able to ensure 100% that the body is not in this area and 700 meters of drift have already been covered.

From this point on, the seabed changes considerably, going from being an ideal area for searching to the opposite, becoming a very steep area with a large number of ravines and crevices.

To facilitate the search, longitudinal lines have been drawn with the same trajectory as the drift, as this makes progress less difficult.

However, on two occasions the umbilical has been seriously snagged with the rocks at the bottom, and in one of them it took almost an hour to free itself.

According to experts, It is a “critical area” to be able to operate the underwater vehicle due to the “very high risk” of loss.

In addition to the danger for the vehicle, the orography makes the search much less efficient because of the number of cracks and ravines and the depth, sometimes hundreds of meters, do not make it possible to ensure at all that in the areas already seen there is not the body of Tomás or some other object from the boat.

Basically it gets very complicated when going from working in two dimensions and on a defined surface to work in three and in very difficult conditions.

In wide and poorly defined areas the robot loses its effectiveness

In fact, he points out that once the first minutes have passed after the engine stopped, that if a point is considered where it could have jumped into the sea, in the rest of the drift there are the same probabilities in any of its points, this being also very low.

“The most probable thing”, he points out, is that he jumped into the area of ​​appearance of the bottles and was subsequently dragged by the current.

The length of the drift is estimated at 14 kilometers and the exploration advance of the underwater robot would be a perpendicular line per hour in the best areas, which is equivalent to 20 meters of advance per hour.

Thus, the exploration of the 14 kilometers of drift with this method is “completely unapproachable”, says the report, which also points out that while the robot is the ideal tool to search in more localized areas, it is not when it comes to very large and poorly defined areas.

As a result of the previous report, and after a personal interview with the person in charge of the ship’s operations and with the police officers of the investigation, a unanimous conclusion has been reached, which is the impossibility of continuing with the search work, they detail from the TSJC .

For this reason, the investigating magistrate will issue a resolution in the coming days authorizing the Ángeles Alvariño ship to cease current operations.