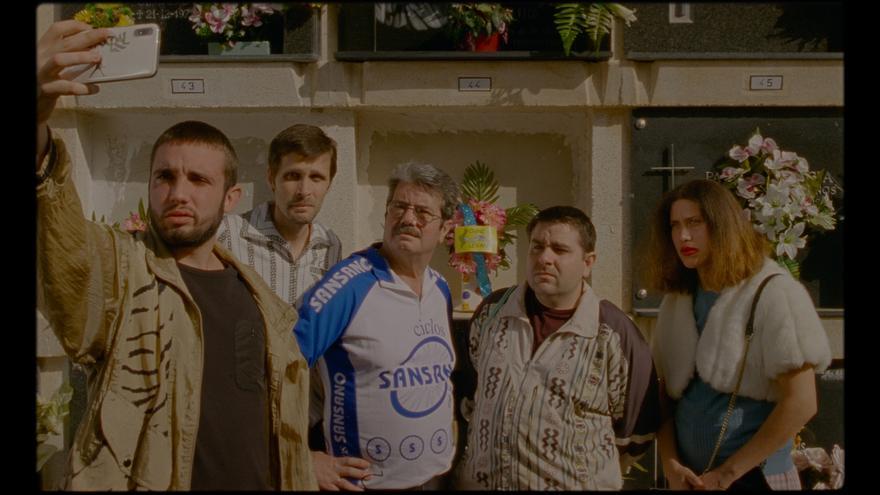 Madrid, Jul 1 (EFE) .- The Catalan director Neus Ballús with the film “Six days current” and the Alicante Chema García Ibarra with “Sacred Spirit” have been selected to compete for the Golden Leopard at the 74th Locarno Festival that It will be held from August 4 to 14.

Both works will be scheduled in the main section (International Competition) of the Swiss competition, in which a total of 17 feature films are competing, including “Zeros and Ones” by American Abel Ferrara, starring Ethan Hawke, the organizers announced today.

Based on real situations and characters, the film recounts the day-to-day life of Moha, Valero and Pep, workers in a small plumbing and electricity company on the outskirts of Barcelona, ​​the producers indicate in a press release.

For a week Moha, the youngest, will have to show that he is ready to replace Pep, who is retiring. But Valero considers that Moha “does not give the profile”, and doubts that clients will accept a Moroccan worker in their homes.

With a script by the director herself and by Margarita Melgar (pseudonym behind which Montse Ganges and Ana Sanz-Magallón are found), the film is produced by Miriam Porté for Distinto Films and El Kinògraf.

Ballús continues to move in the hybrid genre between reality and fiction but, unlike his previous works, this one adopts a lighter tone and closer to comedy that involves a deep reflection on prejudice and racism.

The cast is made up entirely of non-professional actors who play themselves. The main trio are real plumbers selected after two years of casting and documentation.

“Holy Spirit” is the first feature film by García Ibarra, author of shorts such as “The attack of the Nebulosa-5 robots”, “Protoparticles”, “Mystery” or “The disk shines.”

In the film, García Ibarra integrates the esoteric in the everyday with the story of a UFO group, Ovni-Levante, which meets weekly to exchange information on extraterrestrial messages and abductions.

Julio, its leader, dies unexpectedly, leaving José Manuel as the only connoisseur of the cosmic secret that can alter the human future. Meanwhile in Spain they are looking for a girl who disappeared weeks ago.

“I want to highlight the coexistence between the natural and the supernatural (the naturalization of the supernatural) and create a dialogue between the realistic and the fantastic,” says the director in statements collected in a statement from the producers, Apellaniz and Sosa, Jaibo Films , La Fabrica Nocturna Cinéma and Teferruat Film.

“I am interested in the game of opposites: that there is dark laughter and that the drama contains a comedy. With this idea of ​​extreme contrast, I want to start from domestic naturalism to reach its maximum opposite: science fiction,” he adds.

Filmed mainly in Carrús (Elche), the director’s neighborhood, “Espíritu sagrado” films its inhabitants from within, real faces that have not been shaped by the role of actor either. The cast is headed by Nacho Fernández, Llum Arques, Joanna Valverde and Rocío Ibáñez.

The film was shot in 16mm and 35mm, with Ion de Sosa as cinematographer.

The Category A Locarno Festival is one of the oldest in the world and a key event in independent cinema. Films by filmmakers such as Wong Kar-Wai, Claire Denis, Jim Jarmush or Mia Hansen-Løve have passed through it.