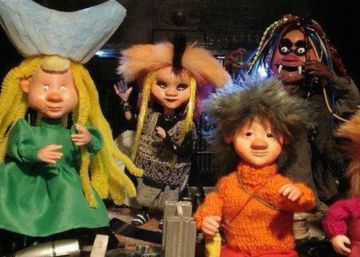 Stranger Things has become every season for four years in the most media premiere of Netflix. As it does with other flag series, as with Narcos, their advertising campaigns are usually striking and sometimes very viral in networks. With Stranger Things, set in the eighties, the platform has released several ads in Spain recalling that time in Spain. Part of the campaign was a video in which they remembered The Cristal ball, even with Alaska as the protagonist. But they used the tune of the children's program without the permission of the owners of the rights and, after the protests, they ended up removing the video from Twitter, Instagram and YouTube.

The American platform withdrew the video on Thursday night and publicly replied on Twitter to Nagua Alba, granddaughter of Lolo Rico, the creator of The Cristal ball. "Our intention was to honor the memory of a wonderful program that has been an icon for all of us, but we understand your position and that is why we have proceeded to remove the video." Greetings ", says the message.

Alba protested on Twitter publicly with a thread where she explained the facts. Citing the Netflix video, he said: "What you have done is pretty ugly and as a family of Lolo Rico it is tremendously painful". Rico's granddaughter explained that the platform had contacted the children of the creator of the program and that they offered to pay in exchange for the transfer of their share of the rights to the main song of The Cristal ball to promote the fantastic series. As part of the family did not agree that it was used for advertising purposes, they rejected the offer. The platform answered that the song would not be used and that it had composed another one, said Alba in her messages. But in the end, the video had a melody with "minimal modifications" and the lyrics were used "without any shame".

Hello, @NaguaAlba. Our intention was to honor the memory of a wonderful program that has been iconic for all of us. However, we understand your position and that is why we have proceeded to remove the video. A greeting.

"Not only that, in the end, they directly insult The ball, calling her silly and staying with Netflix, offending not only the entire wonderful team that created her, but the generation that grew up with her, "continued Alba." They also say that this is 'a tribute to Lolo Rico'. No, it is not a tribute, it is a commercial instrumentalization of a very great creator few months after his death (he died in January). It is an insult to Lolo, his work and his memory. I am sure that they are very well advised and everything will be legal, they will have made the right modifications, but they should be ashamed to instrumentalize The ball to promote itself, just the opposite of the values ​​that The ball and Lolo always cultivated and transmitted, "Rico's granddaughter wrote, to end with a nod to the program:" In short, if the Witch Fault said it already … Long live evil, live capital! ".

Santiago and Isabel Alba, children of Lolo Rico, joined the protests against Netflix and even criticized the participation of Alaska, which at the time was the host of the program. "As the son of Lolo Rico and screenwriter of Los electroduendes, I find it inadmissible that, despite denying them permission, Netflix uses the synth of The ball, with the collaboration of unscrupulous Alaska, to promote one of its products, "wrote Santiago." To take advantage of the death of a person to use for commercial purposes his name, his prestige and his work, which is what they have done with our mother Lolo Rico and with The Cristal ballIt is very unethical. No doubt Netflix knows it. Alaska, too, "Isabel wrote.

The television of all the life has gained this time a small battle to the marketing of the giants of the streaming.

Pedro Ruiz reappears in ‘Everything is a lie’: “I am skeptical, but not a denier”

What to watch on television today? María del Monte and Anne Igartiburu will learn to skate and ‘The Challenge’ will choose its winner