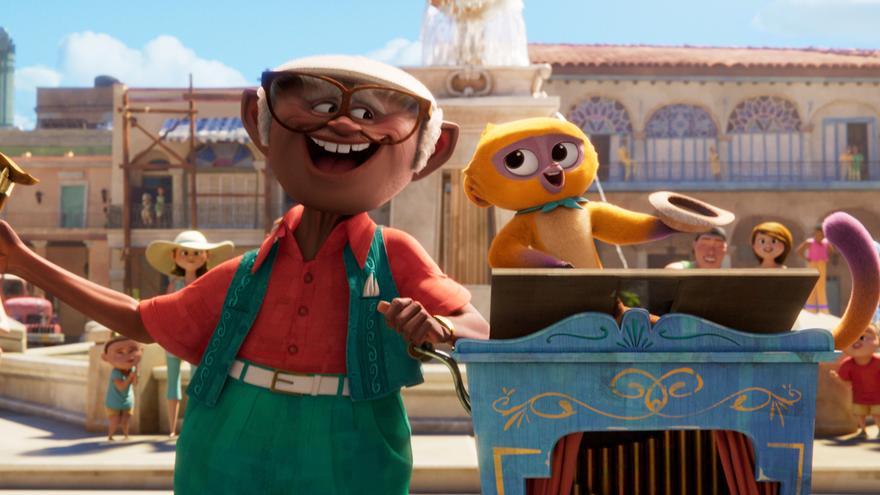 Los Angeles (USA), Jul 21 (EFE) .- Netflix will premiere on August 6 the movie “Vivo”, an animated musical with songs composed by Lin-Manuel Miranda, the creator of the Broadway hits “Hamilton “and” In The Heights “.

The Puerto Rican-born artist, who just received an Emmy nomination, also voices the film’s lead alongside a cast featuring Latin names such as Gloria Estefan and Zoe Saldaña.

The plot of “Vivo” follows a kinkajú (a mammal also known as a martucha) with a talent for music who lives with Andrés, a musician who makes his living giving performances in the streets. After receiving the news, the pet will travel through a forest to send a song that its owner composed to his old love, the singer Marta Sandoval (Gloria Estefan).

The premiere of “Vivo” comes two months after the release of “In The Heights”, the film adaptation of the first musical composed by Miranda that, despite its lukewarm performance in theaters, has received rave reviews and continues to air on the HBO platform. Max.

In addition, Netflix will release a second Miranda film: “Tick, Tick … Boom!”, A musical that will mark his directorial debut in the cinema.

Regarding the project, Miranda pointed out that it deals with “a corner of the world” that he knows “from all angles.”

The musician will also be an Emmy nominee for best actor in a limited series (miniseries) or television movie thanks to the small screen adaptation of his musical “Hamilton.”

Miranda already knows what it’s like to win an Emmy, since in 2014 she won the award for best original music for the song “Bigger!” from the 67th Tony Awards Gala.

The 73rd edition of the Emmy, the most important awards in the television industry, will be held on September 19.

Tristan Simone, the Spanish rapper who breaks the mold and makes his way in the United States.

Pablo Alboran: “When I write a song I try not to get tired of myself, and it is not easy”