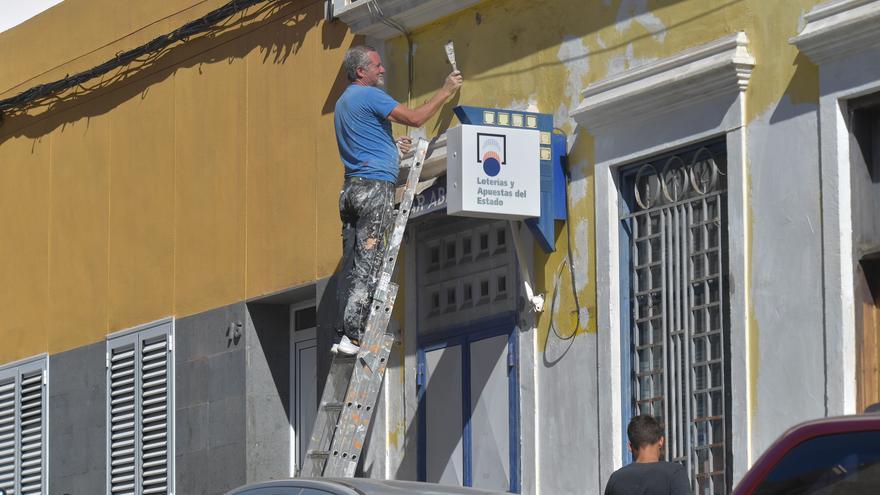 The criminal plot of The Mother, the thriller that Netflix begins filming this week in Las Palmas de Gran Canaria, will be deployed in different streets and squares of the capital converted into the streets of Havana by order of the script, signed by Misha Green, the creator of Lovecraft Country. Numerous enclaves of the city, such as Temisas Street, in the port district of La Isleta, or Plaza del Pilar Nuevo, in the historic center of Vegueta, gradually transmute their facades to emulate the appearance of the Cuban capital hand in hand from the production team of Netflix and Sur Film, the Canarian production company that supports the project on the island. A part of these locations will also emulate scenes in Afghanistan.

These film cladding works are being simultaneously carried out in other spaces, such as the Ladera Alta dairy farm, in Los Giles, Puerto de la Luz or the San Cristóbal fishing district, since the conditioning works of other locations will soon begin. strategic places in the heart of the city, such as Alameda de Colón or Parque San Telmo.

Slowly, the streets of the neighborhoods of Vegueta, Triana and Arenales incorporate signs and posters of closures to traffic to host the filming of the largest Netflix production of the year in Europe, starring Jennifer López, Gael García Bernal, Joseph Fiennes and Omari Hardwick.

Many of these locations are already established in places of reference such as film sets on an international scale, such as Calle Perojo or Alameda de Colón itself, where scenes from the movie Allied, starring Brad Pitt and Marion Cotillard, were also filmed in the 2016. Also for this reason, numerous establishments located in the locations chosen for filming will close their doors during the specified dates.

The forecast is that tomorrow the first rehearsals of the filming of The Mother in the capital of Gran Canaria with stuntmen, extras and extras, while the official scenes of the film begin to be filmed throughout this weekend, which coincides with the arrival of the bulk of the cast. In principle, except for setbacks, the filming will last until the fourth week of January, although the closure of streets is expected until the first weeks of February due to the dismantling work.

On the other hand, the team's perspectives agree that the impact of this overproduction will generate many benefits on the Island, not only for the audiovisual fabric, where more than 300 professionals have been hired to work in the different departments, but also in the network of accommodation and services, which is concentrated in the town of Vegueta.

As for the cast, the actor Paul Raci, nominated for an Oscar for Best Supporting Actor in 2019 for his work in Sound of metal, and the young actress Lucy Paez, who plays Jennifer López's daughter in fiction, also stand out. In the plot, the characters of Hardwick and Raci will be allies to the protagonist, while Bernal and Fiennes lead the dangerous group that stalks mother and daughter.