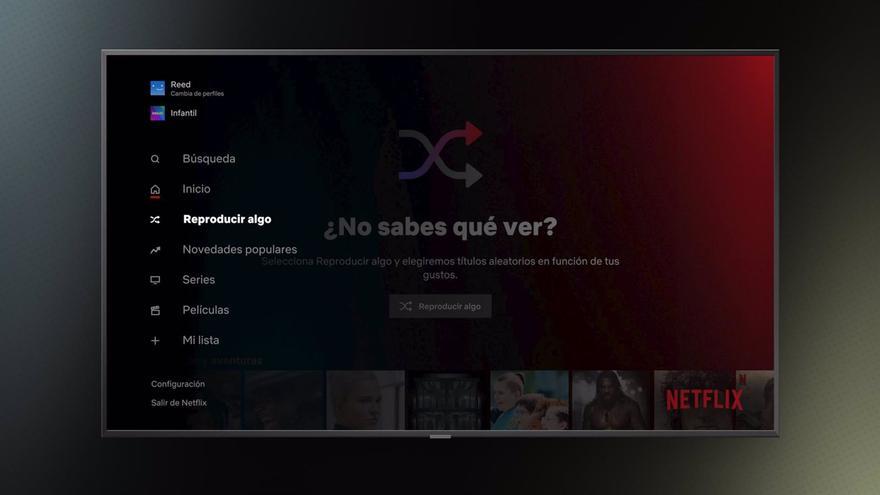 The application of the streaming platform Netflix has started testing the new random button in its version for mobile devices’Play something‘, with which users receive recommendations when they do not know which series or movie to choose.

The new feature, which was announced at the end of April, was then launched in the Netflix app for televisions, but has now begun to arrive in its application for mobile devices, starting with Android testing, as reported by Engadget.

‘Play Something’ suggests series or movies that the user may like based on their watch history above on the platform.

When users choose this option, the platform suggests new series or movies from its catalog, but also continue to watch content that had already started or they had added to their list.

The ‘Play Something’ button is available in three places: under the profile name, in the 10th row of the Netflix home page, and in the left side navigation menu of the platform. The new feature supports text-to-speech conversion.