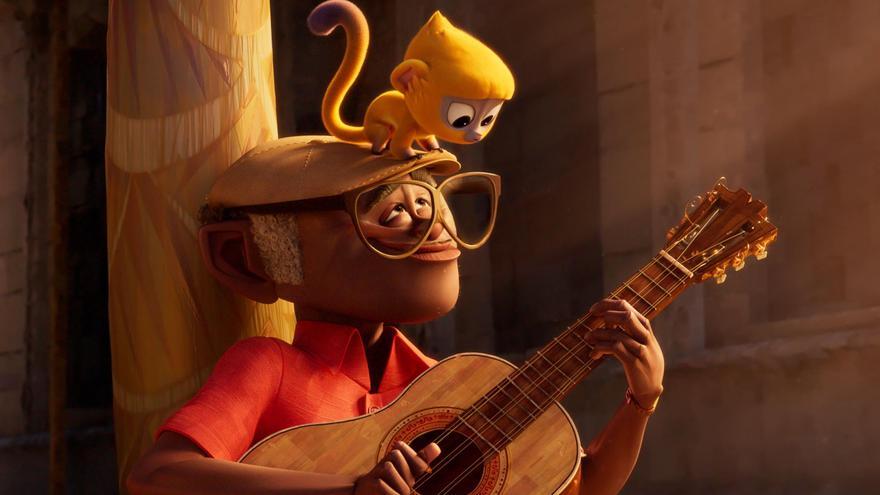 Los Angeles (USA), Aug 4 (EFE) .- From Havana to Miami, the animated musical “Vivo” by Netflix and Sony Pictures Animation pays tribute to the exuberance and richness of Latin rhythms with Lin-Manuel Miranda as a star in both the dubbing and the soundtrack.

Under the direction of Kirk DeMicco and Brandon Jeffords, “Vivo” lands on the digital platform this Friday with a brilliant cast of voices that, in addition to Lin-Manuel Miranda, includes Gloria Estefan and Zoe Saldaña.

Efe attended a virtual meeting with those responsible for “Vivo” in which Quiara Alegría Hudes, co-writer of the film and a regular collaborator with Lin-Manuel Miranda, explained how special it is to work with the creator of “Hamilton”.

“When I write with Lin it is like when as a child you go to another child’s house and they are all new toys because they are not your toys. This is how I feel with Lin: I always play with new toys,” he said.

Miranda lends her voice to Vivo, a kinkajú (also known as martucha) with a lot of talent for music who performs in the streets of Havana with the beloved Andrés.

The lives of the little animal and the old man suddenly change when Andrés receives a letter from Marta, a singer who is the great love of his life and who went to triumph on the Miami stage as a young man.

However, misfortune crosses their paths and Vivo will have to face a journey full of dangers and adventures to Miami to fulfill the romantic promise of his dear friend Andrés.

With “Coco” (2017) as a clear reference, “Vivo” addresses themes such as love, family and friendship with Latin music as an absolute protagonist within a plot with many incentives for the little ones.

It is easy to think that Miranda has the gift of omnipresence, since this year, in addition to “Vivo”, she presented her adaptation to the big screen of “In a New York neighborhood” and her debut as a filmmaker with “is pending release.” Tick, Tick … Boom! “.

In this regard, the co-director of “Vivo” Kirk DeMicco explained that Miranda had been working on this animated and bilingual musical since 2009.

“It was something very precious to him. When the project was presented to me in 2016, he already had the songs and a story,” he said.

For his part, Quiara Alegría Hudes assured that during the dubbing he discovered “a completely different face” of Miranda, incarnating the pizpireto and innocent Vivo.

“I saw that side of him flourish when he made all those silly sounds. I live when he was scared, I live running away, I live laughing, I live celebrating … It was really fun to see Lin bringing out a different face of his acting energy,” he described.

The Latina screenwriter insisted that one of the keys to the film was to unite the old with the new, tradition with modernity.

In this way, Vivo represents “the pinnacle of Cuban popular music” as heir to the veteran maestro Andrés.

In front of these two characters, Gabi appears, a somewhat crazy young woman, with an anarchic touch and belonging to a completely different generation both musically and spiritually.

“So you have a movie in which a handwritten love letter instigates a whole trip abroad (…). But you also have in this film a world in which Gabi is thinking about plan B, plan C and plan D with his ‘smartphone’ “, he described.

In any case, and regardless of the crossing of generations, Quiara Alegría Hudes emphasized the positive, optimistic and festive aspect of a film like “Vivo”.

“‘Celebrate’ is really a keyword for me. Honestly, I think that joy and partying are a form of excellence,” he concluded.