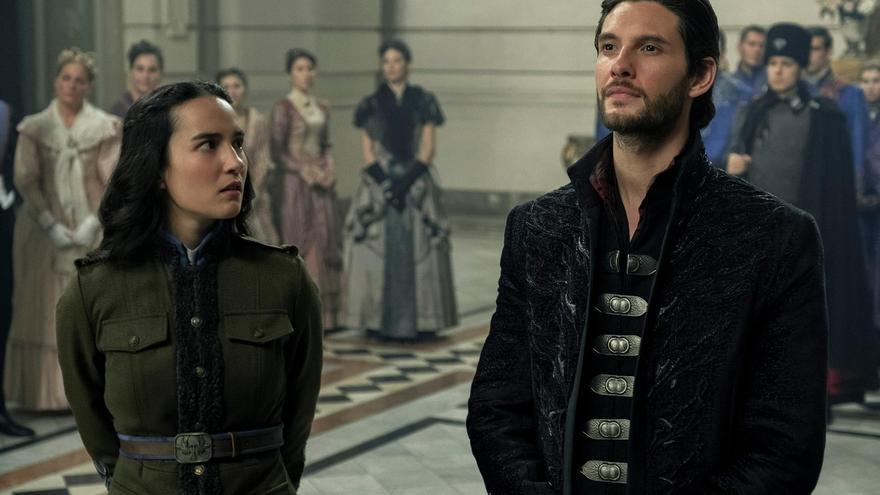 Alina Starkov's adventure continues. Netflix has renewed 'Shadow and Bone' for a second season. The Grayhaverse It will continue with its expansion and, to celebrate it, nothing better than having the main actors to announce the continuation of the fiction on the platform.

Jessie Mei Li, Ben Barnes, and more cast members have shared their excitement in a video released by the streaming service, in which they announce the renewal for a second season that does not yet have a release date.

Although, according to the information given by Netflix itself, the first season was viewed by 55 million accounts, becoming among the ten most viewed productions of the platform in 93 countries and being number one in 79 of them, as United States, Spain, Germany or Brazil; the truth is that there was nothing assured until this official announcement.

With which, Netflix does seem to bet on the television adaptation of the literary saga written by Leigh bardugo and developed by Eric Heisserer. "I am honored and excited to return to the Grishaverse," the showrunner stated in a statement. "It's great to be able to continue the stories of these characters, so charismatic, like Milo," he added.

"I am also excited that we can continue this adventure. There are so many places that we have barely been able to visit with this first installment. I can't wait to introduce the public to more saints, soldiers, thugs, thieves, princes and corsairs that make this world be great fun to explore"commented the author of the books.

'Shadow and bone' has had better luck than 'Jupiter's Legacy' which, despite the apparent success in audiences, was abruptly canceled by Netflix. The first season narrated the meeting between Alina (Mei Li), a young woman whose life is turned upside down by showing her ability to invoke the light, and General Kirigan (Barnes), a powerful Grisha leader, who begins as her mentor, and later becomes into a potential love interest, before revealing his dire plans.

Tags: confirm, Netflix, season, Second, there will be