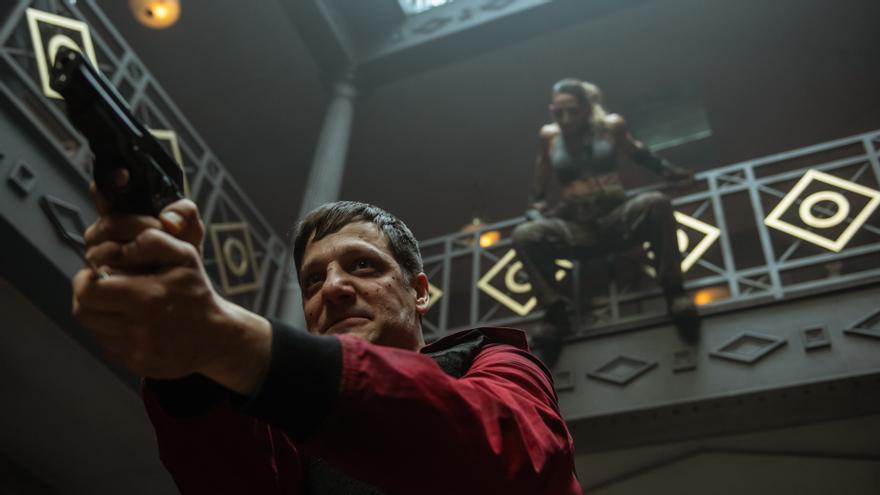 December is traditionally the month of sofa, blanket and film.. The month of the Christmas It is also about spending time with the family and taking refuge in the heat of the freezing temperatures outside. Platforms like Netflix and HBO Max they know it and for that reason they have prepared a powerful release schedule for the last month of the year, both in movies and series. It is not a new trend, since this bet is identical to the one that the large film companies have repeated year after year.

The end of one of the Spanish series with the most repercussion in recent times is coming. The second part of the fifth season of ‘The Money Heist‘ comes to Netflix ready to leave no one indifferent. The shocking ending of the first five episodes of the final fireworks is just a preview of what is to come. At last it will be resolved if the Professor’s gang manages to take the gold from the Bank of Spain.

Netflix wants exploit to the maximum the thrust of ‘Elite‘ and that is why a new product has been invented to exploit the adolescent phenomenon. The second season of ‘Elite. Short stories’ presents four different stories divided into three episodes with a more intimate approach and that serve as an aperitif of the fifth season, which does not yet have a release date.

The last film by Paolo Sorrentino, which received critical acclaim at the Venice Film Festival, comes to Spain from the hand of Netflix. Set in Naples in the 80s, the Italian director tells in ‘It was the hand of God’ his most personal story in an environment that mixes love, loss, cinema, football, destiny and family. Figure of Maradona is key for the protagonists.

After recounting the trial of OJ Simpson and the murder of Gianni Versace, the third season of Ryan Murphy’s series tells, in a ten-episode miniseries format, the scandal around the infidelities of the president of USA Bill clinton. Among the cast, names such as Sarah Paulson, Clive Owen or Cobie Smulders stand out.

One of Netflix’s lightest series and one of the most unexpectedly successful at its premiere, it returns with a second season with, apparently, the same freshness as the first. In the new episodes of ‘Emily in Paris’, Lily Collins will once again put herself in the shoes of the young American who travels to the French capital to get a hole in the tough fashion industry. Its creator, Darren Star (‘Sex in New York’, ‘Melrose Place’), affirms that the protagonist will better assimilate the culture in this new installment and will try to learn the language.

With a star cast headed by Leonardo Dicaprio, Jennifer Lawrence, Jonah Hill, Mery streep and Ariana Grande, ‘Don’t look up’ points to the Oscar. The feature film tells how an astronomy student and her teacher try to warn humanity that a comet has entered solar orbit and threatens to cause a catastrophe. The added problem? Nobody heeds their warnings.

HBO Max’s big bet for the month of September seems to be a safe value. The protagonists of the famous’Sex in New York‘ return with ‘And Just Like That’, the series that tells the life of Carrie (Sarah Jessica Parker), Miranda (Cynthia Nixon) and Charlotte (Kristin Davis) today, 17 years after the end of original production. The great absentee is Samantha (Kim Cattrall), who has been unmarked from the project due to her differences with the rest of the cast.