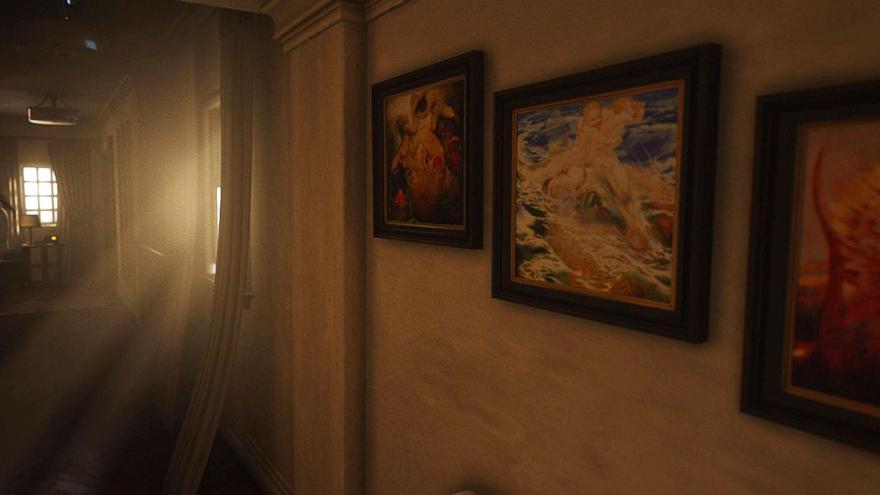 The symbolist and modernist imagery of Néstor Martín-Fernández de la Torre (Las Palmas de Gran Canara, 1887 – 1938) illustrates the narrative plot of Luto, the new horror game that the video game developer studio Broken Bird Games has created and settled. in Gran Canaria, which will be released on PlayStation consoles (PS4 and PS5) and PC from the publisher Lanzadera and under the quality seal of PlayStation Talents Game Camps.

The universe of Mourning internalizes users in an immersive experience of psychological terror in the first person, which explores the paths of loss and mourning through the endless corridors of a shadowy mansion. “The idea is to reflect on the exploration of the pain involved in the loss of a loved one, which is that terrain of insecurity and darkness that lurks behind anxiety and depression,” explains Borja Santana, head of the Broken Bird Games team , along with Óliver González, Miguel Gubern, Khalil Aboid, Alejandro López, Melquiades Galván, and who in this project have had the collaboration of the also Gran Canaria Hanabi Productions in the treatment of sound.

Within this framework, the pictorial series Poema del Atlántico (1913 – 1924), Nestor’s most emblematic work, composed of eight paintings with four representations for the hours of the day and four for the states of the sea, marks out Mourning’s journey as allegory of the passage of time and the map of emotions of the plot. “One of the highlights of Luto is the use of Nestor’s Poema del Atlántico, as an additional narrative resource that has a meaning within the story,” says Santana. “Nestor is one of the main representatives of the symbolist movement and in Mourning we use the concept of symbolism as narrative inspiration,” he adds.

Along these lines, Santana highlights that the transfer of the reproduction rights of Poema del Atlántico by Daniel Montesdeoca, director of the Néstor Museum, provides “an enormous added value to the game, because we have one of the most important artists in the Canary Islands” which, at the same time, diversifies and enriches the spectrum of visibility of his legacy from this window to the gamer world.

Furthermore, this is one of the backbones of Broken Bird Games, since it was born with the vocation of “developing videogames with a narrative load, in a dynamic environment and a sensory setting, with a Canarian cultural base as a backdrop”. In this sense, along with Nestor’s masterpiece, Luto incorporates other identity elements of the islands in the course of history.

After four months of work, the goal is for Luto to see the light during the first quarter of 2022, given that the Game Camps program grants a period of one year for the development of a video game for PlayStation.

For the Broken Bird Games team, Luto is not only their emerging project to open a gap in the video game industry, but also to position Canarian talent in this field. «In Spain it is not promoted enough yet although, little by little, it is growing, and in the Canary Islands we are lagging behind. But we are still there, trying to get ahead, “they promise.