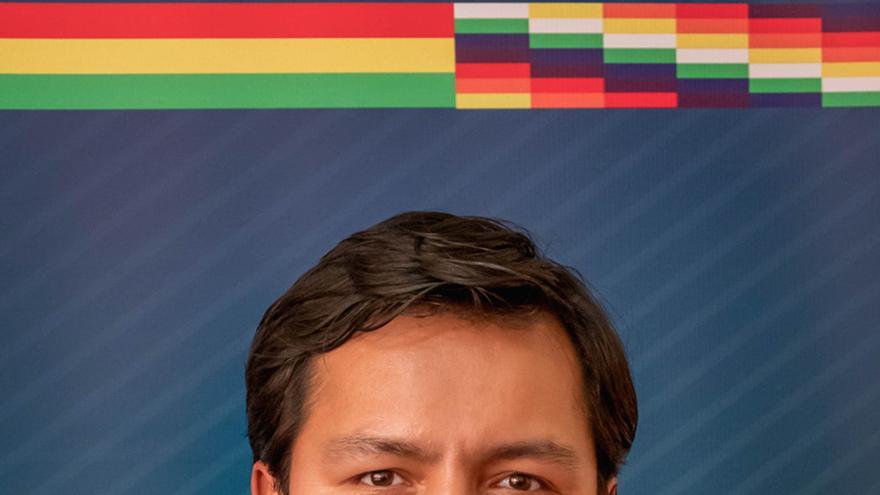 La Paz, Feb 4 (EFE) .- On the day that television broadcast the first National Lottery draw of the year in Bolivia, Nelzon V. was helping his parents with their corn crops. He was still unaware that he was the winner of the 100,000 bolivianos jackpot, the equivalent of just over $ 14,000.

Before learning the big news, the days of the son of peasants were complicated and tight with money, because in November of last year the thieves entered his home in the town of Cliza in the Cochabamba plant and took his computers, his tools with which he designed plans.

The young man, who is a civil engineer, had to save money to buy new equipment, which meant a challenge in these days of gel alcohol, masks and unemployment, so he began to help his parents with corn crops and sell peaches and apples for daily expenses.

On January 8, Nelzon traveled with his girlfriend about 40 kilometers to the city of Cochabamba to leave his resume in various companies, but in all of them they told him that the position was no longer vacant.

With hope on the ground, the young man passed by a newsstand that exposed the lottery tickets and it was his girlfriend who encouraged him to try his luck, he refused, he did not believe in those things, but the saleswoman who listened to the The couple’s conversation also prompted him to try and at the insistence of both, he had no alternative but to buy.

As if to get away from the moment, he chose a “fortune ticket” and paid the woman the equivalent of about two dollars. The saleswoman asked him to take another one because she did not have enough money to give her her change.

The skeptical young man returned to his province with the first two lottery tickets he had bought in his life, he had seen the date of the draw out of the corner of his eye and saved them without any expectation, he did not even mention to his parents about his feat in the city.

On Sunday, January 31, Nelzon took out the saved tickets and waited for the television broadcast to see if “something touched him”, but the program did not start, until he decided to check the date of the announcement of the winners and realized that the draw had already been two days ago.

Scared by his mistake, he began to search the Internet for the National Lottery page to check if he had been lucky and was greatly surprised when he saw that the five digits of his ticket coincided with the winner of the jackpot.

He called his girlfriend for her to confirm that he was not seeing badly and that he really was the winner, when she assured him that everything was correct he began to jump around his house, thanked God for that moment and went directly to his parents’ room to tell them the news, which they took with distrust.

Between his excitement and joy at that surprise, Nelzon began to find out what he should do to claim the prize and, according to him, he read that he had 48 hours to present himself with the ticket, at that moment everything became uncertain, because he had seen the advertisement with two days late.

In addition, he could not leave his home or his province that day, since the measures for coronavirus infections provided for a rigid quarantine every Sunday, so he had to wait until Monday to do something about it.

THE COUP OF LUCK

Nelzon got up early to leave Cliza for the Jorge Wilstermann airport in Cochabamba to buy a plane ticket with money he had borrowed and for the first time to get on an aircraft.

Upon arriving in the city of La Paz, to which he was also arriving for the first time, he went directly to the headquarters of the National Lottery, when he entered he gave the ticket to one of the workers, who alerted with joy that he was present the winner of the jackpot.

“Some came down from their offices to meet me, they took pictures of me and I told them my story,” the winner told EFE.

They told him that it was not necessary for him to travel to La Paz, since there is a branch in Cochabamba, but Nelzon did not care, as he was calmer of making sure not to lose that prize that qualifies as a “stroke of luck” that will be delivered in the next few days.

María Nélida Acuña, the director of the National Lottery, told Efe that in this first draw Nelzon was the winner among 42,754 tickets sold throughout the country and that between 15 to 20 draws are held each year.

Upon returning home, Nelzon recalled the words of his parents “if something takes away the human, God gives you double back”, referring to the robbery months ago.

The young man plans to buy his longed-for computers and see the possibility of opening a store in his province so that he and his parents can sell the products they grow.

He also plans to organize and pay for the wedding with his girlfriend with that money that “belongs to both of us.”