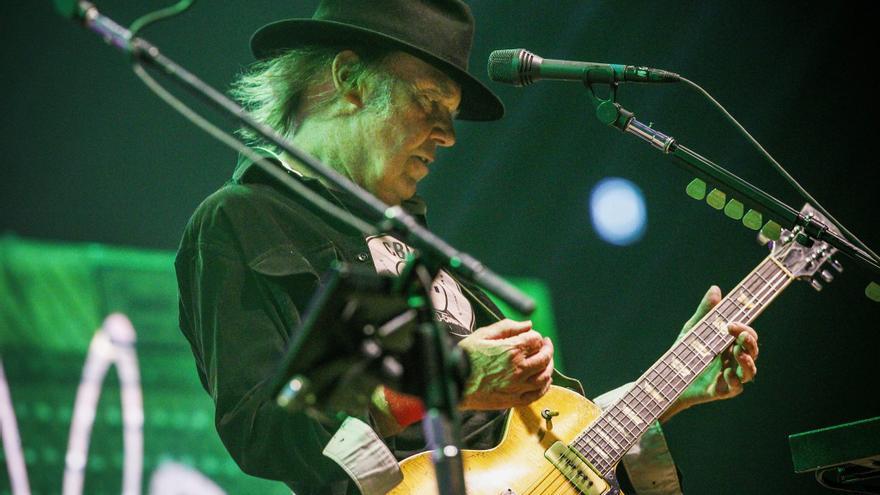 Neil Young has announced that he will withdraw from Spotify if they keep broadcasting America's most popular podcast, The Joe Rogan Experience, from which this comedian and presenter spreads conspiracy theories about covid and recommends children and young people not to get vaccinated.

"I want you to let Spotify know immediately TODAY that I want all my music off their platform. They can have Rogan or Young. Not both," says the veteran Canadian singer in a letter to his management team and his record company. (Warner) and collected by Rolling Stone magazine.

At the moment, both Young's music and the podcast are still available on the platform. The Joe Rogan Experience, including an episode in which he interviews Dr. Robert Malone, suspended on Twitter for spreading false information about covid-19 and comparing public policies against the pandemic with the Holocaust.

A letter signed by 270 American doctors and scientists warned Spotify a few weeks ago that it was allowing the dissemination of theories that damage public confidence in scientific research and health recommendations.

The letter also highlights that the program of former athlete Joe Rogan, who was signed exclusively by Spotify in 2020 for 100 million dollars, has an audience of eleven million listeners per episode, with an average age of 24 years.

This group of scientists adds that precisely in the range of 12 to 34 years there are 12 times more chances of being hospitalized for covid if you are not immunized, according to data from the State of Washington.

the author of harveyst already withdrew all his songs from streaming services in 2015 due to poor sound quality, although in 2019 he decided to return: "It's where people access music and I want people to listen to my music," Young conceded.