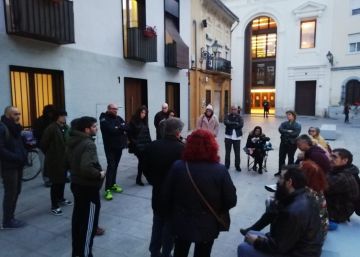 The life of homeowner communities has been largely paralyzed by the Covid-19 pandemic. The obligation imposed by the Horizontal Property Law to convene and hold meetings at least once a year for the approval of income and expenses, renewal of positions, works to be carried out and all those decisions that concern neighborhood life, has had to put off by the health crisis. On the other hand, other types of decisions, such as the opening of the pool in the summer season, have had to be decided with the online votes of the owners.

Although in some cases platforms such as Zoom have been used for the most urgent meetings, this possibility is not contemplated in the 1960 law, which, according to experts, increases the risk of contesting decisions made in court.

To give greater legal certainty to telejuntas, the Government has introduced a temporary regulation in the Royal Decree to end the state of alarm that came into force last Sunday, May 9. Among other issues, the aforementioned decree expressly includes a series of provisions referring to neighboring communities. Is given legal coverage to the introduction of the technology in the holding of the meetings to deal with the most urgent issues, but it is also explicitly established that, in the event of non-compliance with the guarantees of participation and identification, it will be possible to challenge the agreements adopted.

No obligation to meet to approve accounts

Taking into account that the epidemiological situation is still worrying and the risk of contagion persists, the first measure established by the Government Decree is the suspension of the legal obligation to call and hold meetings of owners until December 31, as well as the approval of the income and expenses plan, the accounts for the year and the annual budget. The accounts endorsed by the neighbors in the last budget are extended, as well as the positions, president, vice president and secretary, even if the position had expired.

Use of technology for urgent meetings

When to drink urgent decisions that cannot be delayed, among which the standard includes the necessary works to adapt the facilities for access to people with disabilities such as ramps, elevators and others, the standard enables the use of technology, that is, meetings are held by video conference or by multiple conference call. Yes indeed, all owners must have the means and it is the administrator who must verify this requirement before the meeting is held. In addition, the secretary must acknowledge the identity of the assistant owners, expressing it in the minutes.

Decisions without the need for a board

This is when you are expected to use vote by mail, or telematic communication -also guaranteeing the participation and identity of the participants- although the norm does not detail more in this regard. In these cases the president will ask the neighbors in writing, clearly their vote for the agreement in question, where to send the vote and the term in which they must send it, which according to the decree will be 10 calendar days.

The Decree does not prohibit in any way that the meetings are held as they have always been, in person, but indicates that the necessary security measures applicable at all times to avoid contagion.