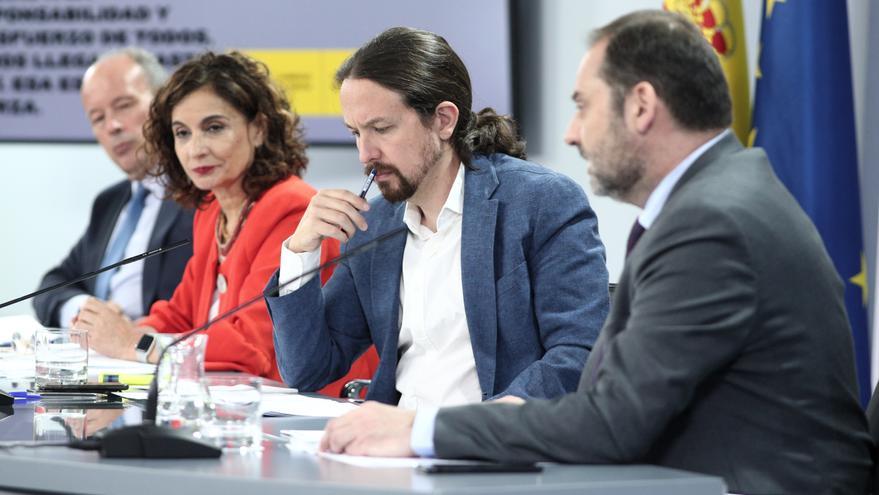 The housing law is one of the legislative highlights planned for the first half of 2021. The matter is key for both the PSOE and United We Can. This is stated in the agreement of the coalition government signed at the end of 2019, which states that it will be one of the mainstays in the strategy to “reduce inequality and improve social cohesion throughout the national territory.” But the differences that were glimpsed in 2020 in the different decrees of the so-called “social shield” on account of the measures related to housing have been confirmed in recent weeks. The distance between the two partners of the Executive is enormous, which does not mean that it is insurmountable. But the self-imposed challenge by both of having it ready this February and in Congress in March seems far from being achieved.

The budget negotiation within the Government had two derivatives. Unidos Podemos raised the requirement to undertake some reforms in the minimum vital income and that the future housing law collect a regulation of the rental market. The first is underway, with a first battery of measurements approved this Tuesday in the Council of Ministers. The second, today, does not come.

This week the two parties involved will meet again. On the one hand, the Second Vice Presidency directed by Pablo Iglesias. On the other, the Ministry of Transport, Mobility and Urban Agenda of José Luis Ábalos. Both departments are co-proponents of the law, as agreed last October. The idea is that Iglesias and Ábalos present it together.

Right now there are four matters that separate the two parties, according to sources from Unidas Podemos to elDiario.es: the contributions of large landowners to social housing; the permanent prohibition of evictions of vulnerable people; the exit of empty housing to the rental market; and the regulation of this same market, with the possibility that municipalities limit prices.

This medium has contacted the Ábalos department to obtain its position, but they have limited themselves to pointing out that they continue to “work and persevere to reach an agreement” because their “objective is clear and a priority: to guarantee the social function of housing. and the right to decent and adequate housing “.

But from Unidos Podemos they do explain the differences that, today, make an agreement impossible. This same Tuesday, the main negotiator on housing for the Social Vice Presidency, Ione Belarra, appeared in Congress to report on the fulfillment of the Sustainable Development Goals set by the UN. In this context, the Secretary of State referred to the need to “draw up a state law that would stop once and for all the lack of protection experienced by all citizens in the face of a real estate sector that generates huge profits every year.”

Belarra expressly mentioned the need for the law to “give co-responsibility to the private sector”, something that the coalition agreement includes, but which, according to United We Can, the PSOE does not want to accept. The document signed by Pedro Sánchez and Pablo Iglesias speaks of “studying additional obligations for large homeowners” when offering housing alternatives to evicted people, as well as establishing a “framework where large homeowners collaborate with the competent administration to make vacant housing available to the rental market at reasonable prices. ”

The Secretary of State proposed to Congress that “the large property owners in Spain” would allocate “30% of their homes to social rent” which, according to her calculations, would allow “to increase the public stock in a few months by about 140,000 or 150,000 properties “. Almost on the fly, the response came from one of these funds. Blackstone, which in 2019 controlled more than 30,000 homes in Spain, claimed that social rent is “100% the responsibility of the public administration.”

Sources from United We can recognize that this approach has been made to the PSOE but that, for the moment, it does not accept it. The Ábalos ministry has in mind the construction of new homes to meet this social demand through the transfer of public land. An idea that is also included in the government agreement as complementary, although in reality they involve different models: construction versus reuse.

There is also no rapprochement in another major project: regulating the rental market and, especially, increasing prices. The coalition agreement indicates that “the necessary regulatory measures will be promoted to put a ceiling on abusive increases in rental prices in certain areas of the stressed market.”

United We can point out that a specific proposal was sent “four months ago”, but that there has been no response. Ábalos’ ministry already completed the tool to make a price index that allows defining where they rise excessively and being able to intervene, but at the moment there is no legal formula for the municipalities to do so.

The third point of contention is the permanent ban on evictions without alternative housing for vulnerable families. The government agreement speaks of promoting social rent in these cases and of guaranteeing the intervention of social services to determine the vulnerability of family units.

During the pandemic caused by the coronavirus, different measures have been put in place to prevent evictions. Its negotiation has been very complex, with great opposition from the socialist part of the Government, but the pressure of the social movements allowed United We can impose its criteria despite having many fewer deputies.

The idea of ​​those of Pablo Iglesias is that these measures are set by law, but in the PSOE they have made it clear that the prohibition of evictions as it is now contemplated in the decree laws approved by the pandemic will decline with the state of alarm. This was stated this Tuesday by the Government spokesperson, María Jesús Montero, at the press conference of the Council of Ministers: “The most logical and reasonable thing is that no similar issue is contemplated within the next housing law.”

Finally, United We can regret that the PSOE is not willing to address “the implementation of effective measures that mobilize the exit of empty housing to the rental market. The coalition agreement states that fiscal, sanctioning,” measures will be promoted. of insurance or stimulus, to mobilize empty housing “.