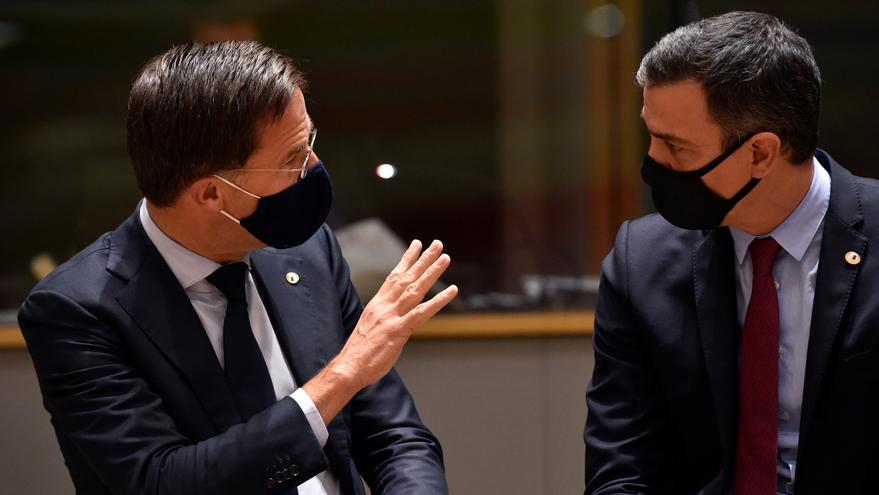 The agreement recently reached by the European Council on the recovery fund will translate into some 72,000 million euros of European aid for Spain over the next three years, and somewhat less in loans from the European Commission. Is it justified that Pedro Sánchez be satisfied with this result of the European summit? Is it a rescue as its critics say? What has been the political cost of the agreement for the European Union and for Spain?

To understand the importance of the agreement, it is necessary to take into account the economic situation posed by the COVID-19 crisis. The European Commission forecasts that the real GDP of the eurozone will fall almost 9% this year, and that next year it will still remain 3% below the 2019 level. For Spain the figures are even worse: 11% drop of GDP this year and more than 4% below the 2019 level next year. Possibly both the greater severity of the epidemic and the greater economic impact are partly explained by Spain’s greater dependence on tourism.

The public deficit in the Eurozone is expected to exceed 8% this year. In the case of Spain, a deficit of the order of 10% is expected. Both are comparable with the respective falls in GDP. This is so because the response of European governments, including the Spanish, has been to compensate for the drop in income of companies and families as a consequence of the pandemic. This prevents the stoppage of activity from leading to a general solvency crisis. To facilitate these income policies, the European Commission has suspended the application of the Fiscal Pact this year, so that the deficit can exceed 3% of GDP without penalty.

But what about next year? The European Fiscal Council, an advisory body to the Commission, expects the deficit to decrease in Spain, and on average in the Eurozone, by about three points of GDP more than would be convenient for the economy to regain its growth potential. All this assuming that the European Commission reapplies the rules of the fiscal pact. All countries are exposed to the dilemma of tolerating a crisis longer than necessary, or violating fiscal rules. In some cases, both can happen. For highly indebted countries like Spain or Italy, but also Greece, Portugal, Belgium or even France, there can also be a punishment in the markets. The European Recovery Fund comes to mitigate this problem.

The role of the recovery fund, particularly the aid component rather than the loan component, is thus to allow countries to reduce the deficit next year without damaging the recovery. European money would be used to finance investments without contributing to the public deficit. In the case of Spain, the 72,000 million euros of aid approved by the European Council represent 2% of the GDP of 2019 every year for three years. It is a respectable amount, although as we have seen it is still insufficient to offset the fiscal contraction of at least three points of GDP expected next year. For the EU as a whole, the recovery fund foresees 390,000 million euros of aid, representing less than 1% of the GDP of 2019 every year for three years. The loan component of the recovery plan represents the same, but will continue to contribute to the public deficit.

It is clear, therefore, that the recovery fund is necessary, that it is insufficient in size, and that even so it is considerably more generous for Spain than for the European average.

The cost of the agreement for Spain is relative. As part of the agreement, the so-called ‘frugal’ countries have imposed the condition that any member state can freeze the planned disbursements if the conditions of the so-called European semester are not met. Pedro Sánchez insists that this is not a real restriction since the intention of the Government of Spain is to participate in good faith in the common economic government of the euro zone, which includes complying with the recommendations of the European Commission in the European semester. Political opponents of the government, including leading exponents of the European People’s Party and public opinion in the ‘frugal’ countries, believe they see in these conditions a way to put the influence of Podemos on the economic policies of the coalition government to the waist. We will see what all this remains in the fall, when the Commission evaluates the draft general state budgets and the accompanying stability and convergence plan.

The political cost of the agreement for the European Union, on the contrary, has been enormous. There were great claims to make the disbursement of cohesion funds conditional on respect for the principles of the rule of law, which are particularly threatened in Hungary and Poland. As the agreement on the recovery plan required unanimity, Viktor Orbán, the prime minister of Hungary, has been able to deactivate these political conditions on the disbursement of cohesion funds. Discontent over this result in much of Europe may turn against Angela Merkel, for promoting the agreement, and against Spain and Italy for being the countries that will benefit most economically from it.

Sacrifices to satisfy the ‘frugal’

Furthermore, the negotiation process has sacrificed the most ambitious parts of the Commission’s recovery plan in order to retain the non-repayable component. The Commission had used parts of the € 750 billion fund to increase some programs in its budget for the next 7 years, such as the Horizon Europe research program; the heir to the Juncker plan, Invest EU; or a proposal for a fund to support the solvency of SMEs affected by the COVID-19 crisis. These programs have been sacrificed in whole or in part to satisfy the demand of the ‘frugal’ countries to reduce the amount of European aid while maintaining direct transfers to countries like Spain.

To make matters worse, one of the ambitions of the European Commission and Council President Charles Michel was to remove from the EU budget for the next 7 years the discounts enjoyed by the ‘frugal’ countries since the times of Margaret Thatcher. Britain’s exit from the European Union was seen as an opportunity to eliminate discounts for being regressive and to encourage nationalistic calculations of purely accounting cost and benefit in the European budget. On the contrary, the price of approving the reconstruction plan has been to increase, in some cases very considerably, the discounts on the budgetary contributions of the ‘frugal’.

In short, the European aid and loans that Spain will receive, although insufficient to offset the depth of the crisis caused by COVID-19, are very considerable. Given the political costs that the recovery fund has had for the European Union, Spain has the responsibility to use these funds well. Let us hope that the Commission does not slow down with its reform recommendations during the European semester. The potential for political accidents is rather high.