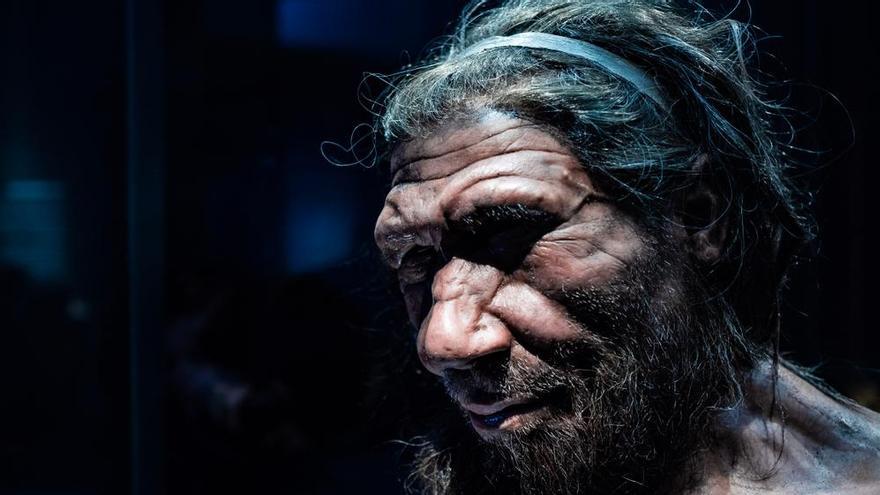 The neanderthals they had the same hearing capacity as us and it is possible that they had a similar talk. The first paleontological evidence clear on speech outside of our species changes the point of view on human evolutionary history and closes decades of scientific debate.

An international team led by the Spanish Mercedes Conde-Valverde, from the Chair of Evolutionary Otoacoustics and Paleoanthropology of HM Hospitales and the University of Alcalá (UAH), in Madrid, has published this Monday in ‘Nature Ecology and Evolution’ a study that reconstructs, for the first time, the hearing of this species.

Neanderthals had “the same hearing abilities related to language that our species, which is the first solid paleontological proof “that they had a communication system as complex and efficient as modern human speech, says Conde-Valverde to EFE.

To reach this conclusion, they studied five specimens of Neanderthals from sites in Croatia (dated 120,000 years ago), France and Israel (about 60,000 years ago) and nine other older individuals (about 450,000 years ago) from the Sima de los Huesos, in Atapuerca (Burgos, Spain).

The team performed a high-resolution CT scan of the remains to create un three-dimensional model of the outer and middle ear cavities, and applied a biophysical model from the field of telecommunications engineering to calculate the auditory parameters.

The result was – says the researcher – that Neanderthals listened “in exactly the same frequency range as us”.

There is a range of frequencies (bandwidth) for which modern humans have “a very, very high sensitivity, and that coincides with the range in which we emit speech sounds.”

Unlike the oldest hominids in Atapuerca, Neanderthals had great sensitivity to hearing the same range of sounds (up to five kilohertz) as we do.

The width of the bandwidth is a parameter – he points out – that “is directly related to the existence of a complex oral communication”.

Each species communicates with a range of frequencies. That of chimpanzees, for example, is very small because they use very few sounds, however, that of humans is greatly expanded because it allows the use of many more sounds, such as consonants.

Have the same hearing abilities as modern humans does not presuppose that they had the same mental capacity, because we cannot know what his brain was like.

However, Neanderthals were a human species with a very complex behavior: they cared for the sick, buried the dead, adorned themselves, produced rock art.

All of them are activities that “need very complex oral communication“adds the expert, who clarifies that they do not call it language, because it implies” many more things that cannot be studied in fossils, such as, for example, syntax. ”

The study suggests that Neanderthals they could perceive, like us, the sounds of the consonants T, K and S, which are called high frequency. Chimpanzees, however, hear them very badly, he says, as do people with moderate deafness, that they do not hear clearly the words that contain those sounds.

Thanks to this discovery, it is overcome a scientific discussion in the field of Paleontology not without controversy, which for more than five decades has faced groups of researchers in the field of Prehistory.

One of the great problems in the study of the evolutionary history of human beings was to establish if there was any other human species, different from ours, that had speech.

Juan Luis Arsuaga, director of the Museum of Human Evolution, co-director of the Atapuerca excavations and signatory of the study, recalls, in a statement, that “the possibility of Neanderthals speaking has been one of the most intense and transcendent controversies”.

For decades, the data of Paleoanthropology (the study of human fossils) seemed to rule out that these could speak, but, in the last two decades, new data from the field of Archeology have questioned this idea.

The key to changing the orientation of that theory was in the discovery of the genetic variant FOXP2 in Neanderthals, which is characteristic of Homo sapiens and is related to linguistic abilities.

This fact opened the door for many specialists to argue that Neanderthals could speak, but paleontological proof was lacking, which “happily we have been able to achieve”says Conde-Valverde.

The National Center for Research on Human Evolution (CENIEH), the Univesitat Rovira i Virgili (Barcelona, ​​Spain) and the University of Binghamton (United States) also participated in the study.

Tags: Neanderthals, they heard, they spoke