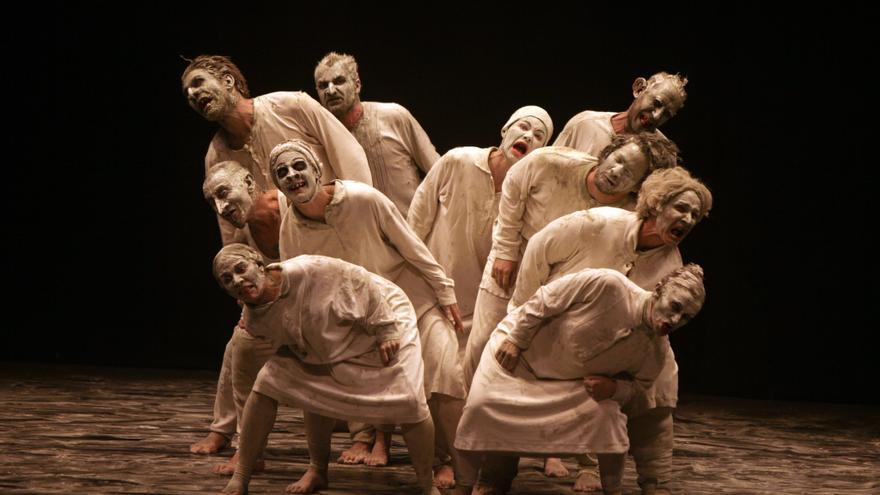 Madrid, Sep 15 (EFE) .- Las Naves del Español, in Matadero de Madrid, start the 2021/22 season this September with productions by Maguy Marin and Jan Lauwers, who are committed to avant-garde dance and theater in the Sala Fernando Arrabal.

The Madrid City Council has announced in a press release that the programming of the Fernando Arrabal Hall begins today, September 15, with the mythical dance show May B, by the French choreographer of Spanish origin Maguy Marin, based on the work of Samuel Beckett.

May B will be on the bill until September 18 in four unique performances, a repertoire of contemporary French dance that has toured internationally with success over the years.

For the choreographer and director, Maguy Marin, this work has been “the basis of a secret deciphering of our most intimate gestures, the most hidden, the most ignored”, since they have focused interest on the gesture “in its fragmented form” instead of in the word.

May B is followed by the play Billy’s Violence, from September 23 to 26, in which the Belgian company Needcompany, directed by Jan Lauwers, investigates the violence and brutality hidden in the texts of William Shakespeare.

Lauwers reflects on the fascination that violence exerts on the viewer from the rewriting of ten Shakespearean tragedies that stand out for their excess of aggressiveness and violence.

As they explain from the organization, the works are practically “unrepresentable” as they were conceived due to their violence, atrocity, racism and misogyny.

In this sense, the director says that Shakespeare had to use sex and violence to attract the public to his shows because in the streets of London there were dog fights, torture, women were burned in public squares and executions were also carried out in audience that “they were like large-scale parties.”

For this reason, Lauwers reinterprets Shakespeare’s ten tragedies with violently loving and intimate dialogues in which the woman is the central axis, stripped of any historical reference or anecdotal content.

Billy’s Violence is a show in English and Spanish with Spanish subtitles, not recommended for children under 16 years of age because it can hurt the viewer’s sensitivity due to its high violent content.