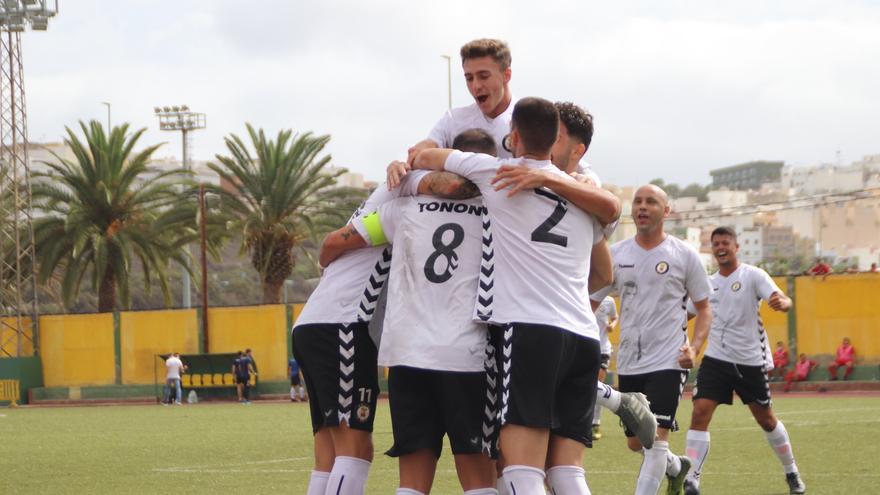 Nauzet Alemán is worth a Cathedral. The End. End to the longest tie in history. Arucas, with a somewhat decisive sniper from Las Mesas, beat UD Las Zocas (3-1) in the second leg of the playoff promotion to Third, and closes the 2019-20 campaign on October 11 for history . The things of the Covid-19 and of a generation hardened in a thousand battles. Carmelo, 37, overtook the Gran Canaria team and José María Alonso made the tie in the 80th minute. After 3-2 in the first leg, the Tenerifeans, in superiority after the expulsion of Joel (53 ‘), had all the elements. In the Tonono, everything pointed to visiting success. Until Nauzet Alemán appeared.

A foul on the edge of the area was holy water for the ’14’, who entered in the second act. Cinema hit and the ball sneaks the right post to beat the goal Oval. Las Zocas launched himself desperately and Romario, a pass from Pipo, made the third. It was the sentence in 94 ‘. La Tercera, three years later, receives Arucas from the old rockers. Ione Puga, Ruymán, Jonay Futre, Carmelo and the eternal German Nauzet. Romario and Pipo stretch the presence of yellow in this cast of talent and veteran. Israel Quintana’s formula for success. With the rise of the Israel Quintana bloc, the Canary Group is divided into two provincial sectors and kicks off next weekend.

After the minutes of scoring, Naranjo fought for the ball in the small area and Meñe sent the leather to a corner kick. Corner for Arucas. Futre raises the ball to the far post and Carmelo finishes unopposed (15 ‘). The Sporting and Levante striker took a shot from a ‘killer’ that crashed into the Tonono grass. Unstoppable. The one from Escaleritas gave a recital from the midfielder. Abraham was angry. Naranjo stripped the centrals Erwin and Meñe of their identity. The Tenerife block was melting, uncomfortable and overcome. In the 25th minute, Abraham finished off and Oval stopped, after a Naranjo missile.

Santi, Carmelo, Naranjo, Abraham and El Chino were part of the offensive front of a ruthless Arucas. At the end of the first act, Ione Puga stopped. A loan from Chinea to Oval produced the last chance for the premises. Rest came and a feeling of unquestionable superiority. The Cathedral smiled at the eternal legion. But a slip by Joel – a foul on the right flank of the area – cost him the red. With ten, new epic overdose.

Míchel took the baton of command in Las Zocas. Saúl took Naranjo’s position – the tank would withdraw after receiving an elbow to the nasal septum. With Nauzet Alemán in the control room, the Arucas did not experience anguish. Carmelo stops a penetration from the left-handed side, and the foul ends at the net. After a series of rejections, José María Alonso achieved 1-1. There were ten minutes left. The longest tie in history took another script twist.

A lack of Míchel to a player from Arucas on the front – much protested by the people of Tenerife – was the appetizer of ecstasy. Nauzet Alemán, as he did at UD, was the main actor and protagonist of this Venezuelan production of feelings. By the Cathedral. Romario, who went up with Tamaraceite in July to Second B, achieves a historic circumstance with a goal. Two promotions, two shields. Everything is for history. Eternals in the garden of Tonono.

Charco, Tejera and Medina. He showed the red to David Alonso, Las Zocas coach, at the end of the match.

Incidents: Tonono Afonso de Arucas Stadium. Return of the qualifying round for promotion to Third -after the 3-2 of the first leg-. No audience.