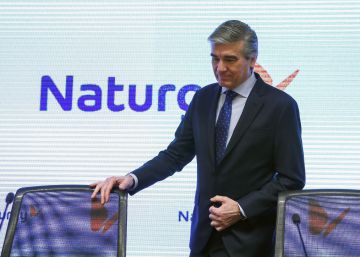 Naturgy Last year it obtained a net profit of 1,432 million euros while its gross result of ordinary exploitation (ebitda) stood at 4,668 million (+ 6%). The previous year, the company had shown losses of 2,822 million as a result of the accounting adjustment made when Francisco Reynés assumed the presidency that reduced the value by 4,851 million. These figures assume that the consensus forecasts of the 19 analyst firms that have participated in its elaboration and estimated an average of ebitda and net profit of 4,487 and 1,329 million, respectively, and slightly exceed the 2017 benefits, which were of 2017 1,360 million.

The energy firm, in line with what is marked in its 2018-2022 Strategic Plan, has advanced towards a mix more sustainable energy with an investment of 1,700 million during the year, of which about 600 went to renewable. Consequently, in 2019 the company has increased its installed renewable capacity by almost 22%, reaching almost 5,000 MW globally. In addition, Naturgy has managed to reduce its CO emissionstwo by 16% in 2019.

Among the growth projects and investments, the development of nearly 800 MW of renewables put into operation in Spain was highlighted, together with the advances in international renewable parks. Among them, 180 MW of wind power in Australia and 324 MW of wind and solar capacity under development in Chile. As for investments in distribution networks, they have exceeded 500 million euros, mainly in electricity networks.

In addition, the company was the first to report the closure of all its coal plants at the time of the presentation of said plan and has already formally requested permission to carry it out.

The president of Naturgy, Francisco Reynés, said that “Naturgy continues to fulfill its commitments. We also want it to play an important role in the energy transition because we firmly believe that companies like ours must lead this type of action and thus favor the development of sustainable economies in the medium term. ”

The company maintains its commitment to the remuneration of its shareholders, who receive a total dividend of 1.37 euros per share in charge of the 2019 results. To this end, the disbursement of a complementary dividend of 0.60 euros to be paid in advance the month of March, once approved by the General Meeting of Shareholders.

In addition, during last August, Naturgy completed the amortization of 16,567,195 treasury shares, equivalent to 1.7% of the capital. This amount is derived from the repurchase program of own shares (share buy back) which was also announced within the framework of the strategic plan, and to which it dedicates up to 400 million euros annually. Since the beginning of the second tranche (July 2019) and until the end of 2019, shares have been repurchased for a total amount of 135 million euros.

On the other hand, the group continues with the optimization of its business portfolio as one of the pillars of its Strategic Plan and the creation of value for its shareholders. In that sense, during 2019, it closed the acquisition of 34.05% of Medgaz (a company that manages the submarine pipeline in Algeria and Europe) to transform its financial participation into a strategic control position with Sonatrach.

It also completed the sale of its subsidiaries in Moldova and closed the sale of Transemel in Chile and advanced that it is working on other possible divestments in those countries that do not provide critical mass and with little chance of growing.

For its part, the efficiency plan is progressing at a faster rate. It has already generated 380 million euros of cost savings in the year. A figure well above the objectives initially set. This has been achieved thanks to the more than 250 measures underway, which includes digitalization, relocation of offices or agreements signed with Telefónica, IBM or Everis, to optimize the operations and processes of the group. The company has advanced that during 2020 it will be able to reach the commitments established by 2022 in this area.

The exercise was also marked by important regulatory developments that, in the case of gas transportation and distribution activities, are still pending approval. Throughout this year, the company has maintained efforts to protect the interests of all its stakeholders, “Betting on an objective regulatory methodology and a stable framework, which provides visibility and incentives to investments, to contribute in this way to the energy transition,” said the president of Naturgy.