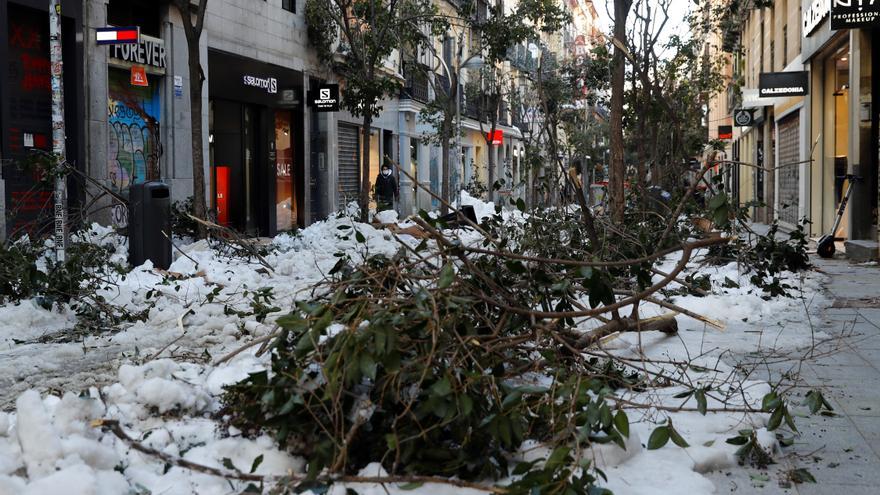 Natural disasters have an annual cost of 2,313 million euros in Spain, an amount that from 2016 to 2020 amounts to 12,067 million euros, according to a report by the Aon Spain Foundation.

The report was presented this Thursday at the VI Symposium of the Foundation’s Catastrophe Observatory on “The cost of catastrophes”, a forum organized in collaboration with the General Directorate of Civil Protection and Emergencies.

The calculation of costs includes the impact on budget items, grants and aid, the impact on domestic economies and the agricultural sector.

Precisely by sectors, agriculture has been the most affected with 35% of the losses, followed by household economies with 31.6% of the total cost; the budget items of Civil Protection, the Military Unit of the Army (UME) and Red Cross added to the Civil Protection aid subsidies, they accounted for 4.13% of the total.

The ten largest disasters reach 3,540 million euros in damages and losses, which represents 30.5% of the total estimated economic cost.

The ranking of disasters with the highest economic cost is led by isolated depression at high levels (DANA) of September 2019 in Alicante and Murcia, with 1,319 million euros of impact, followed by the storm of January 2020 throughout the peninsula, at a cost of 843 million euros.

The third was the floods and storms of December 2016 from the southeast of Spain, at a cost of 272.72 million euros.

Outside of that period analyzed, the economic cost of the storm Filomena that occurred in Madrid in January 2021 was 1,157 million euros, of which 505 million were insured and the rest uninsured.

The president of the Catastrophe Observatory, Pedro Tomey, has indicated that “It is the first time that a study of these characteristics has been carried out in Spain”, in which the most significant catastrophes that occurred between 2016 and 2020 have been analyzed.

According to the study, the insured cost of catastrophes in that period was 6,290 million euros, 41.3% of the estimated total damages, with an average of 1,258 million euros per year.

The protection offered to agricultural sector accounted for 38.38% of the total and for the rest of the sectors the coverage was 20%.

The uninsured cost reached 5,274 million euros, which means that the protection gap -insured damage versus uninsured- has been of the 45.6% of the average in the period analyzed.

Between 2016 and 2020, Civil Protection grants and aid reached the 32 million euros, with an average annual cost of 6.56 million euros.

The budget lines of Civil Protection, UME and Red Cross stood at 438 million with an average of 87.8 million euros per year.