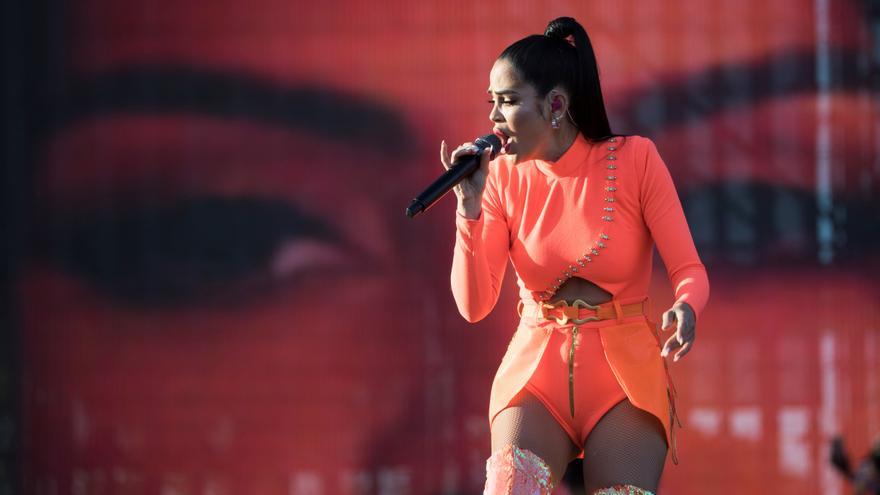 Miami, Jan 14 (EFE) .- Natti Natasha and Prince Royce launched this Thursday “Until the sun rises” their first collaboration after “a lot of effort”, with which, according to both artists told Efe, they hope to demonstrate their versatility and his desire to break his “own schemes” in the new year.

“I had been behind Royce for a long time, but we had not achieved a song that was up to his level and to the expectation of people who really wanted to see and listen to us together,” said Natti Natasha, who was the one who started the project.

“Until the sun rises” came the same day that he was filming with Royce the remix of “Yesterday my ex came to me”, by the Argentine urban artist Keisha. “As soon as I heard it I told (my manager) Raphy Pina” that it was the perfect one for us to do together. ”

The so-called Prince of bachata explained that when he received the proposal he said “yes, immediately”, and that same night a song was born with which they want to plant a flag in new musical and visual artistic frontiers.

“It is a different song than what the two of us have done in the past. Although it has the basis of reggaeton, it is much slower, very romantic, sexy, but with clean lyrics. We did it thinking so that our audience of all ages can enjoy it. ages, “Natti added.

“Until the sun rises” is a hybrid between romantic reggaeton and “vintage” pop. The energy and freshness are reminiscent of the merengue of the 90s and the arrangements have the urban “light” sensibility that many Latin dance music artists are incorporating.

“Now that Valentine’s Day is coming – February 14 – it is perfect to dedicate,” Royce said. The two hope that the song will become a classic to celebrate life’s great loves.

The collaboration between Natti and Royce represents for the two a step towards the direction they want to give their careers in this 2021.

“My resolution for this year is to dare to make more music that is more and more me. Not that what I have produced in these 10 years of career has not been authentic, but that I am one of those people who keep things to myself, I think a lot before releasing any music, “Royce said.

“With this covid I spent much more time with my family, with my wife. I want to focus on having a balance,” he explained. He would also like to expand his business beyond music with investments in different sectors.

The Dominican singer-songwriter dreams of overcoming increasingly ambitious challenges: “It is not to prove anything to anyone, but to myself. I like to do difficult things and realize that I can accomplish what I set out to do, whatever it is.”

“Hasta que salga el sol” features a highly artistic video, produced and directed by Carlos Pérez, the acclaimed director of the audiovisual components of hits like “Despacito” and “Dura”, among many others.

With poetic images, accompanied by an impeccable post-production, the video of the theme of Natti Natasha and Prince Royce walks between power and nostalgia, self-love and love of the other.

“It’s exactly what I had in mind and it was better than I ever imagined,” said the Santiago de los Caballeros, while Royce totally agreed and declared himself “surprised” by the final result that is “first-rate.”

Both also share the goal of supporting Latino talent, especially those with roots in the Dominican Republic, the land of Natti Natasha and Royce’s parents.

“The fact that Natti supports me and I support her makes us highlight even more the talent that exists in the country. They are not only our careers, but those of the artists who are there,” said Prince Royce.

This Tuesday the singer received six nominations for Premio Lo Nuestro and the New Yorker won four. The two agreed that the delivery of the awards, to be held on February 18 in Miami, would be the ideal space to premiere “Until the sun rises” live.

Of course, they recognize “it would not be a bad thing to also leave there with several trophies in hand and continue to demonstrate Dominican power.”