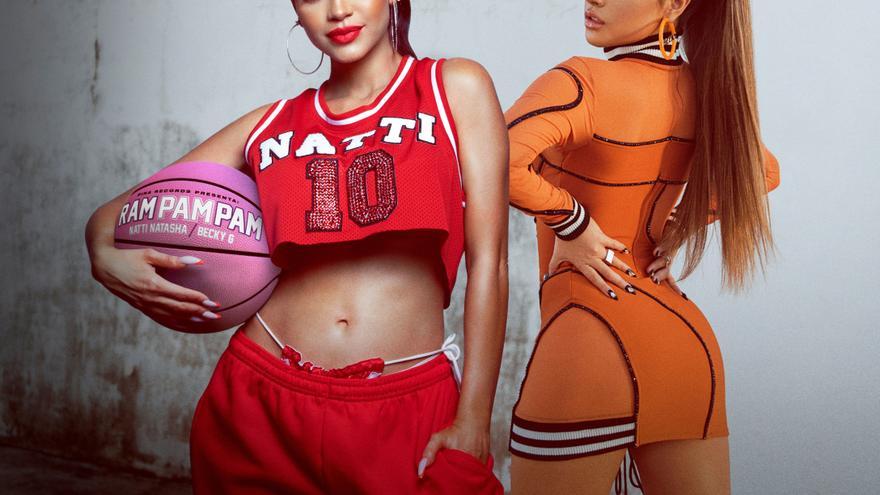 Miami, Apr 20 (EFE) – The artists Natti Natasha and Becky G released “Ram Pam Pam” on Tuesday, which featured the participation of Daddy Yankee in the composition and Prince Royce in the video and is their first duet since three years they made history in urban music with their hit “Sin Pijama”.

“Three years ago Becky G and I did a song that became an anthem for all women. Today it fills me with pride to collaborate again with Becky G, whom I appreciate and admire, and I am sure that we are going to break her again with this perfect empowerment theme to enjoy with friends ”, expressed Natti Natasha when presenting the song.

“Women must unite and not compete with each other. Strength is in the union and we have demonstrated it, “added Becky G, stressing the importance of” collaborating with women in the music industry.

“Ram Pam Pam” was written by a team of stars of the genre. In addition to Daddy Yankee and the interpreters, Justin Quiles, Elena Rose and Raphy Pina, Natti Natasha’s fiancé, among others, participated in the composition.

It is a fast and fun reggaeton, in which the artists say goodbye to their ex-boyfriends who want them back.

But it is not only the two stars of Latin music who have returned to join forces. The video for “Ram Pam Pam” was directed by Venezuelan Daniel Durán, who was also in charge of “Sin Pijama”.

As if that weren’t enough, Prince Royce reappears as an actor, but while in “Sin Pijamas” the video seemed like a vision of the New York artist, this time it represents the former, who has already been replaced by a better one.

But instead of being a sequel to “Sin Pijama”, the artists explained that the production follows the story that began with “Las nenas”, the previous song by Natti Natasha, in which he collaborated with Farina, Cazzu and Duraca.

The video for “Las nenas” ends with Natti Natasha getting into a car with Becky G, and that is exactly where the new one begins.