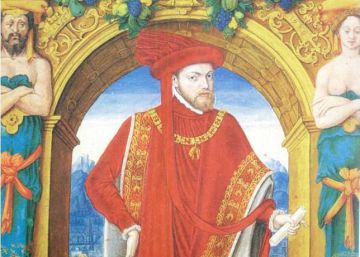 National Heritage He has bought for 500,000 euros the iconic piece that the Institute of Valencia of Don Juan kept in Madrid: the Codex of the Order of the Golden Fleece. The precious book leaves the museum dedicated to the sumptuary arts destined for Museum of the Royal Collections, whose inauguration may happen in 2021. Neither institution has wanted to add comments to the purchase. There are only two codices of the Golden Fleece in the world: the other is preserved in Vienna. It is a work of 1537, made by the extraordinary miniaturist Simón Bening.

This purchase adds to the 400,000 euros invested last week to recover a Carlos III dresser, at an auction at Christie’s, in New York. Both pieces will share an exhibition space. The codex consists of 126 pages in vellum, in French bastard letters, and in the first part of it the constitutions of the order and the protocols of their parties are written. The second describes the deceased gentlemen and the new affiliates. The portraits of the sovereigns appear, which stand out for their color and realism. Its binding does not reflect the hidden jewel. Simón Bening was paid 452 pounds of Flanders for portraying, among others, the five figures of the sovereigns and their blazons, which occupy an entire page, as well as the 184 shields that appear through these pages.

The codex reflects "the glory and greatness" of the linajuda order of European cavalry and royal blood, since its foundation by Philip the Good, Duke of Burgundy and Count of Flanders, on January 10, 1429, his wedding day with Isabel from Portugal, in Bruges. That day, 24 gentlemen were named, supposedly gentle men without blemish, models of chivalry, courage and good manners. Over time the number of gentlemen grew from 24 to 85, in 1516, at the wish of Carlos V. Juan Carlos I named 24, among which are José María Pemán, Aki Hito, Adolfo Suárez, Javier Solana, Nicolás Sarkozy and The last of all, Enrique Valentín Iglesias.

Fame and blows of steel

The name of the most representative Order of the Spanish Crown refers to the golden fleece of the ram that Jason and his Argonauts got (among which was Hercules), in the Colquid, and that brought prosperity to those who possessed it. On paper, the institution defends the ideals of honor and chivalrous virtues, as well as being a tool to spread the Catholic faith and defend it against its enemies, the Turks. Its statutes are divided into 94 articles that describe the obligations of gentlemen. In them it appears that the insignia of the Order will be a gold necklace composed of links and flint that give off flames, with the motto: "Ante ferit quam flamma micet" (Before fame you have to suffer the blows of steel). From the necklace hangs a fleece of enameled gold and has starred in real portraits made by Cranach, Velázquez, Rubens, Carreño de Miranda, Pantoja de la Cruz, Velázquez, Goya, Ingres, Sofonisba Anguissola or sculptures by Pompeo and Leone Leoni.

After the work of the miniaturist Bening, the codex was part of the treasury of the Brussels Institution until the 18th century, when the Order is divided into two branches, the Austrian and the Bourbon. At the end of the 19th century we learn again about the codex that has just bought National Heritage. At that time it is held by Empress Eugenia de Montijo, wife of Napoleon III. It is unknown how it got to his hands, but he instructs the count of Valencia of Don Juan, Juan Crooke Navarrot, to find out if the codex was stolen from the library of the Royal Palace. In 1901 the count replies that nothing is missing, but that it is possible that in ancient times he could have stolen.

In 1916 the counts of Valencia of Don Juan, Guillermo J. de Osma and Adelaida Crooke and Guzmán, founded in Madrid a museum and institute of minor arts and the Empress handed the codex in donation to the institution, in 1918. “The foundation of Your Valencia Institute in Don Juan has been nice to me and I approve it, so I want to be a little associated with it. This is why I give you the book of the Golden Fleece for the Institute's library, which you already know. Thus it will be kept in Spain, ”the empress writes to the counts. The count himself moved to England to pick up the precious codex and take it to Spain. Before starting his return trip, and fearful of an assault on his ship as he passed through the English Channel, he ordered an unsinkable, fireproof and waterproof box in London. He arrived safely at the institution that has kept it for a century until today.

Elena Lombao: «We are more time with the Lexatin than doubling our laughter»