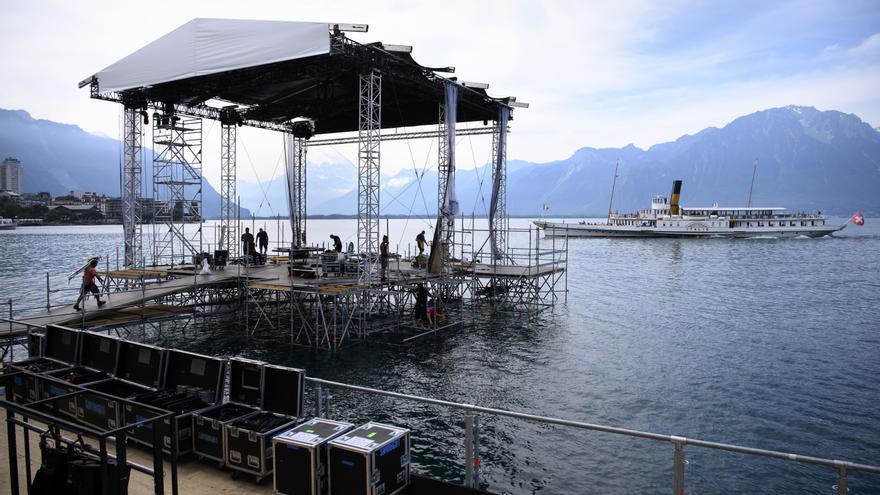 Geneva, Jun 28 (EFE) .- Argentine singer Nathy Peluso will perform at the return of the Montreux Festival in Switzerland, which begins this Friday in a reduced version -with less than 10% of the usual capacity and other anti-virus measures- after having had to suspend its 2020 edition due to the pandemic.

In the 2019 edition, the festival, one of the main summer cultural events in Europe since the 60s, brought together stars such as Elton John, Sting, ZZ Top, Joan Baez, Slash or Quincy Jones.

This year the young Argentine will be present along with other prominent artists such as the Italian singer Zucchero, the trumpeter of Lebanese origin Ibrahim Maalouf or the Malian Fatoumata Diawara, among others.

At 26, Nathy Peluso is one of the most relevant artists of her generation, especially in Europe and Latin America, thanks to her avant-garde fusion of hip-hop, jazz, and Latin American folklore.

Since the release of “Esmeralda” in 2017, his first compilation, but especially since the launch of his anthem “Corashe”, he has added successes and awards, such as the 2019 Discovery Artist at LAMC.

Zucchero, who was awarded the fourth highest civil honor in Italy by the President of the Republic in 2006, is also on this year’s jazz festival lineup.

Along with the Italian singer-songwriter there are names such as the trumpeter of Lebanese origin Ibrahim Maalouf, who mixes jazz with rock and even oriental music in his works, or the Malian singer and actress Fatoumata Diawara, who received two nominations at the Grammy Awards. 2019.

Also performing will be the French musician Woodkid, known for being the producer of video clips of singers such as Katy Perry and Taylor Swift, and the Swiss with Ecuadorian origins Hermanos Gutiérrez, who explore new sounds based on guitars, bongos and maracas.

The festival will also be attended by the British singer Rag’n’Bone Man, famous for his deep baritone voice and his internationally known single “Human”, who will also begin his European tour on March 13, 2022 in the Razzmatazz hall in Barcelona, ​​a concert for which tickets are already on sale.

FESTIVAL ADAPTED TO THE PANDEMIC

The Swiss Government authorized the holding of this musical event, one of the first of a large caliber since the pandemic began, given that the epidemiological situation in the canton of Vaud, where the festival takes place, “is completely under control” and very advanced vaccination, according to a statement issued by the organizers.

However, the festival, which will last until July 17, will have a capacity of 1,470 people, in contrast to the 15,000 allowed in the venue in previous editions, and will be divided into three areas with controlled access: the Montreux Palace, the gardens and scenery of Lake Geneva.

In addition, to enter the paid concerts, a COVID certificate in digital or paper format will be required along with the ticket and an identity document.

Unlike in other editions, outside the perimeter of the festival there will be no food and drink stalls, although certain areas of the venue can be accessed for free with an online reservation to attend some concerts and restaurants.

Masks will be mandatory, but only in indoor spaces for which a vaccination certificate is not required.