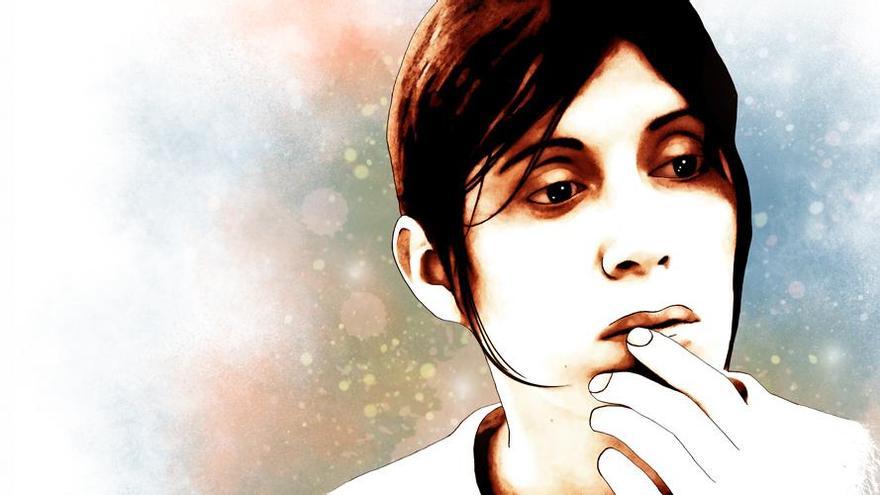 As every February 21 in the Canary Islands the Canary Islands Letters Day, a commemoration of all the writers who throughout the archipelago’s history have contributed to the construction of our identity and speak through literature. This year will be dedicated to the Gran Canaria writer Natalia Sosa Ayala (1938-2000), a fundamental poet in the library of Canarian authors. The autonomous government will pay tribute to him next Wednesday 24, with an Institutional Act and the organization of various activities, which can also be enjoyed in streaming.

The institutional act will take place at 8:00 p.m. at the Guiniguada Theater in Las Palmas de Gran Canaria, with the assistance of representatives of the Government and other collaborating entities. Previously, other events related to the figure of the author will be held as a round table with young authors, which will take place at 11:00 am on this stage, and the presentation of the libro ‘I am exodus and arrival‘, about the second part of the author’s life, in the Columbus House at 6:00 p.m.

The attendance is open to the public until full capacity is reached, although it is necessary withdraw invitations (maximum two per person), available at the Guiniguada Theater box office from tomorrow, Thursday 18 until the day of the event (except Sunday and Monday). In the case of book presentation, registration will be done through the Casa de Colón website. Likewise, all of them can be accessed through the YouTube of Join the Culture and of Facebook ‘Day of the Canary Islands’, both managed by the Vice-Ministry of Culture, where it will be broadcast in streaming.

They will be the first activities of a wide program that will last throughout the year, and to which the Government, councils, town halls and public and private entities from all over the Canary Islands are added.

The Government of the Canary Islands has instituted since 2006 the celebration of the Day of the Canary Islands, which takes place every February 21. The choice of this anniversary as the commemorative date is due to the fact that that same day in 1813 took place the death of José de Viera y Clavijo, who is a clear exponent of Canarian letters. Each year, in addition to the figure of the illustrated polygraph, a special tribute is dedicated to an author, whose merits the Canarian community wishes to highlight, promoting knowledge of his life and work.

A rebellious voice during the Franco regime

As with most poets, Natalia Sosa Ayala was not a typical woman. Woman, writer and left-wing conviction in Franco’s Spain. As Blanca Hernández Quintana, a doctor of Hispanic Philology from the Complutense University of Madrid, points out, regarding a persecuted identity “like other writers of the time, who try to create their subjectivity through writing and go against the current by accessing a world, culture and writing, prohibited for them ”.

Despite the context in which the education of women was oriented towards training in housework, Sosa Ayala managed to publish regularly in both the written press and editorials. He also immersed himself fully within the artistic society of the time. During her youth she traveled, worked, learned to speak several languages ​​and was financially autonomous. He never married, and he dedicated his 62 years of life to the creation of a work in which the search for identity or the feeling of desolation at the idea of ​​knowing oneself against the current are constant themes in his writings. Through metaphors and encrypted language, the poet managed to express her inner world and convictions, being able to discreetly bypass the censorship of the time without putting herself in danger.

Sosa Ayala’s work embraced all literary genres. Perhaps poetry was, of all, his most favorite art. However, in his vast literary production, we find articles, chronicles, narrative and a biography. The author was soaked in the artistic movement of the Canaries of the Franco regime. Pinito del Oro, Pepe Dámaso, Mary Sánchez, Orlando Hernández, Lucy Cabrera Ayala or Yolanda Graziani are some of the artists with whom the poet established friendship or artistic collaborations throughout her life.

In recent years, her figure as an essential Canarian author has been vindicated through investigations such as that of Blanca Hernández Quintana, who knew the author and her work in depth.

Poetry and art were part of his life from the cradle. Daughter of Pelegrina Ayala Cabrera and also the poet Juan Sosa Suárez, the young woman grew up in an intellectual environment conducive to starting early in the world of literature. Let’s talk about her early years: with only 17, when the teenager published for the first time in the Lanzarote weekly ‘Antena’, some chronicles and literary texts. A year later, in 1956, he began to write in ‘Mujeres en la isla’, where his first poem appeared, “No Dejes de cantar”, dedicated to the folk singer Mary Sánchez. His collaborations continued in this magazine through narrative and poetic texts, interviews and chronicles. In 1959 he presented a recital of female poetry at El Museo Canario by the students of the Luján Pérez School. His novel Stefanía will be edited with a cover and illustrations by Pepe Dámaso and a foreword by Ventura Doreste, who said that his work highlights “clarity, effectiveness and emotion.”

In 1960 he lived in London for 10 months working as an aupair and perfecting his English, an experience on which he will write various chronicles that he will publish in the island press. Later he would work teaching Spanish classes for foreigners and translating texts. He learned French and German while beginning an editorial activity. ‘Letters in the twilight’, his first novel, will open the season for his immersion in the world of Canarian literature. From here, her name began to appear in different authors’ dictionaries and signed in magazines of great circulation such as’ Semana ‘during the 70s, which she combined with her work as a teacher or secretary at the Claret school.

In 1980 he published Girl without a name. She collaborates in the local press, such as La Provincia and Canarias7, for the latter she publishes the column ‘From my attic’, which will be published, along with other texts, in 1996 and she is establishing herself as an author. Starting in the nineties, with the arrival of her retirement, the author immerses herself in the search for herself through writing: the poems December, When is the afternoon shadow and The poems of a stateless woman, are gestated in this time of greater calm, maturity, although in a more delicate state of health. He died in 2000 due to cancer.

The Torremozas Editorial in Madrid publishes No soy Natalia (2018), a book that collects the poems published in the magazine Mujeres en la isla from 1957 to 1962 and her books Girl without a name and other poems and Self-portrait. Recently, the Government of the Canary Islands and the Editorial Torremozas jointly published I am exodus and arrival (2021), which includes their mature work: his book December (1992), the third chapter of When the afternoon is shadow (1999), which includes poems written from 1996 to 1997, and the posthumous poetry book Los poemas de una mujer stateless (2003). I am exodus and arrival will be presented on the 24th at La Casa de Colón in Las Palmas de Gran Canaria.