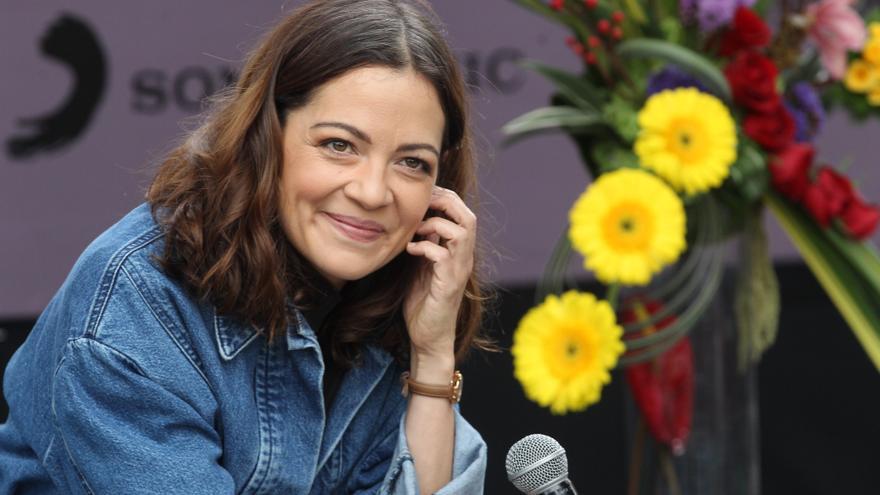 Los Angeles (USA), Mar 14 (EFE) .- Natalia Lafourcade and Fito Páez are some of the winning Latin artists at the 63rd Grammy Awards, which is being celebrated today with a largely virtual and adapted gala to the restrictions of the pandemic.

Due to the large number of categories recognized each year by the Grammys, the Recording Academy of the United States divides its ceremony into two parts: a previous gala, which is not televised and where most of the awards are presented in the morning. ; and the grand ceremony, which takes place in the afternoon and announces the most popular awards already as part of a huge show on the small screen.

In this way, Páez won today the award for the best Latin rock or alternative album for “The conquest of space.”

“I’m so nervous … Well, I don’t know what to say. We love you, we love you,” said the Argentine in a video call to thank the award.

In addition, Grupo Niche got the golden gramophone for the best tropical album for “40”.

“We thank God for this wonderful recognition,” said the members of Grupo Niche, who dedicated the award to its late founder Jairo Varela and to his country Colombia.

In the section for best Latin jazz album, the winner was the Mexican Arturo O’Farrill together with The Afro Latin Jazz Orchestra for the album “Four Questions”.

In his speech of appreciation, O’Farrill underscored the work of all emergency workers who have been on the front line to stop the advance of the coronavirus.

Outside of the purely Latin categories of the Grammys, there were also other Hispanic winners such as the Venezuelan Gustavo Dudamel, who received the award for best orchestral performance for “Ives: Complete Symphonies” conducting the Los Angeles Philharmonic.

Panamanian pianist Danilo Pérez, along with Kurt Elling, won the Grammy for best vocal jazz album for “Secrets are the Best Stories.”

And another Latin winner was the Haitian Kaytranada, who made a double: best electronic or dance music album for “Bubba” and best dance recording for “10%” along with Colombian-born artist Kali Uchis.

In the previous ceremony, there were also some typical anecdotes of virtual galas such as when The Strokes did not find out, due to problems and cuts in the video call, that they had triumphed in the best rock album section for “The New Abnormal”.

“Have we won?” They asked puzzled before opening several beers and celebrating their distinction.

The Grammys are celebrating their 63rd edition today with a very peculiar gala and without all the artists united in the same room because of the pandemic.

At 5:00 p.m. Los Angeles (00:00 GMT on Monday), the city where the Grammys are traditionally held, the Academy will begin its grand ceremony, which this year will feature Trevor Noah as the presenter.