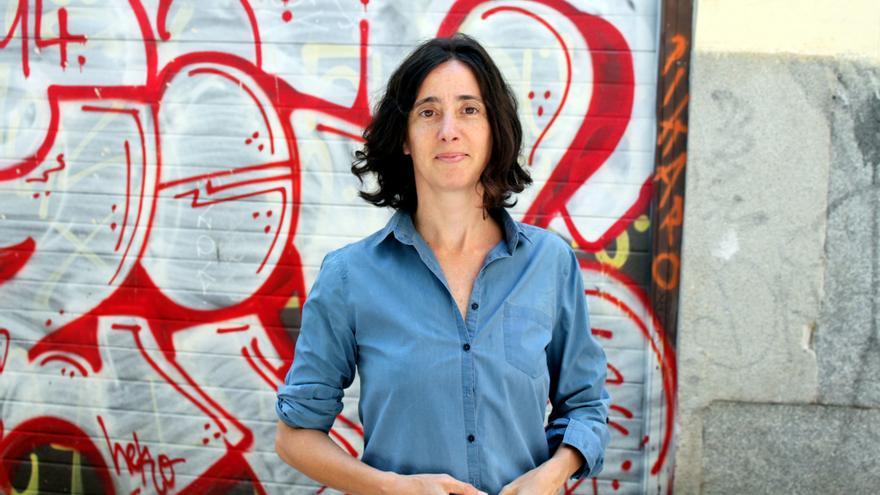 Natalia Carrero was born in Barcelona in 1970, was reborn in Madrid in 1997 and became a writer in Caballo de Troya in 2008. The label that the publisher Constantino Bértolo used at that time to discover new voices was the place from which hers emerged. In that first novel, I am a box, Nadila appeared, a writer in the shadow of Clarice Lispector who was looking for her voice while she fought a life or death battle with words.

Almost fifteen years later, Carrero signs Otra, his sixth book —a production that also embraces graphic novels and children's books— in which the protagonist is another woman who writes: Mónica. Monica is a woman upset by the psychiatric illness of her brother, whom she turns to. She is a well-to-do mother and wife who wants to be productive and invents a job; it is not that she pretends that she has it but that she creates one to her own measure, although there is a part that is a pretense. Monica has a partner: drink.

"I could say that Monica has been the character that has inhabited me for the longest time, to whom I have most resisted giving up space, rather I have tried to silence her, I did not see her or did not want to see her with the projection of going out in search of interlocutors, readers and readers, "explains Carrero, who made the protagonist's "moderate alcoholism" appear for the first time in several texts for the medium Ctxt. The author wrote a monologue that served to observe the "audience reactions" to the text. From then on, she began to think that "perhaps it was worth exhibiting and unleashing that Monica" that she carried inside of her.

All the characters in Natalia Carrero's novels have something in common, they are crossed by oppressions that grip women in the present. Each one faces it as she can. In An Improper Room (Caballo de Troya, 2011) the protagonists appear to lead normal, pleased lives, but the author's gaze reveals in them an immense inner emptiness, an anguish that is linked to what is expected of the person, to the represents.

"The character is a paper life, you have to respect that life like any flesh and blood person," says the writer. "How would I like to relate to people, to lives? In a fluid way, as hypocritical as possible and as sincere as possible, even if it is painful or requires effort and more generosity, not only made of shiny words but of deeds," he adds.

2016 was an important year for Carrero. Almost at the same time, two different works appeared that contributed to raising his voice: I myself, I suppose (Rat, 2016) and the comic Letter rebel (Infinite Beauty, 2016). In this expedition that she herself makes towards the visceral center of her relationship with words —and with herself—, the author becomes a line and traces herself in the drawn world, a parallel plane where words also become line and, in this way, both coexist in the same plane and, therefore, cohabit in more, let's say, equal conditions. As a result of this exploration, her drawings appear inserted in her novels, but she also turns to narrating in graphic format, as she did in Letra rebel or accompanying Belen Gopegui in the children's story Las Nubesfuria (Somos Libros, 2021).

Another is a fragmented book: there are drawings, small stories, longer ones, different formats, cuts and cuts. "Since I set out to write with the intention of telling something for which I had no words but the need to share, writing and life are inseparable for me," he explains. "From there I write as I can, the time and the context is multitasking, interrupted, swift and unfair. I do not believe in watertight labels and at this moment I am not the same one who writes the point of the sentence; from there I try to express myself. My meaning of time, of meanings and movements, I suppose, leads me to move on, to avoid the comforts that can be like traps to believe that we have already done and written everything. No, there is always much to do. Another is written with its cuts, their assemblages and mixtures, it is like that, form and background as inseparable as my body from these occurrences that I write".

Three themes are the axes of his latest story: mental health, addiction and precariousness, if these three are not really one. Monica drinks at any time, she loses consciousness and control, sometimes she hides and sometimes she doesn't. "Gluglú", is the onomatopoeia that is heard throughout the book. "Alcoholism is the addiction that I have known the most since I was thirteen years old, the one that has given me the most problems and pains of all kinds, the one that has worried me the most," admits Carrero. "Now I have isolated and delimited her to write her, specifically, as a Western woman, fifty years old, white, middle class, a mother who, of course, offers her human imperfection to her sons and daughters as there is, since they come from there".

After the chapter Memoirs of a good drunk, in the second part of the book, Mónica provides a sticker album of another drinker. "After hoarding the spotlight, she decides to pass the microphone to the others, any drunk, anonymous, so that we can hear her voice. Monica has already told us that she has been watching them, listening, learning and comparing herself to them for a long time," explains the author. For example Blanca, freelance journalist, 37 years old, her mother drank to float, her father did it to gather strength, she does it instrumentally, she says, to calibrate life from an altered perspective. Or the furniture restorer Teresa, 48, for whom 24 hours of abstinence would become a hell of thoughts and memories against herself.

Although Natalia Carrero began to amass the material for Otra three years ago, before the start of the pandemic the novel was titled Drinkable. She broke it in confinement: "As if it had evaporated," she says. There she reconverted it into something closer to a collage — "illegible" — which she titled Novela evaporada. "I tried to publish it after the confinement. Now I'm glad I didn't succeed. The refusals made me rethink it all, pick it up and rewrite it, condense it back into lyrics." After confinement, Mónica returned to the screens of Ctxt with an episode entitled The novel that we will not write. Which she did do and is now published by Tránsito.

For a woman today to be able to dedicate herself to writing, she must "let go of decorations," she says. "That 'devoting oneself to writing' does not mean a pose but a lot of daily actions that awaken consciences, provide consolation and imagine changes". Between I am a box and Another, the author "has passed the years", she says about herself. The years is not only time, but also "readings and rereadings". "I have learned very little, surely, but I have learned something very important and lasting that we should repeat and listen well: We must take care of the planet and its surroundings," she warns.