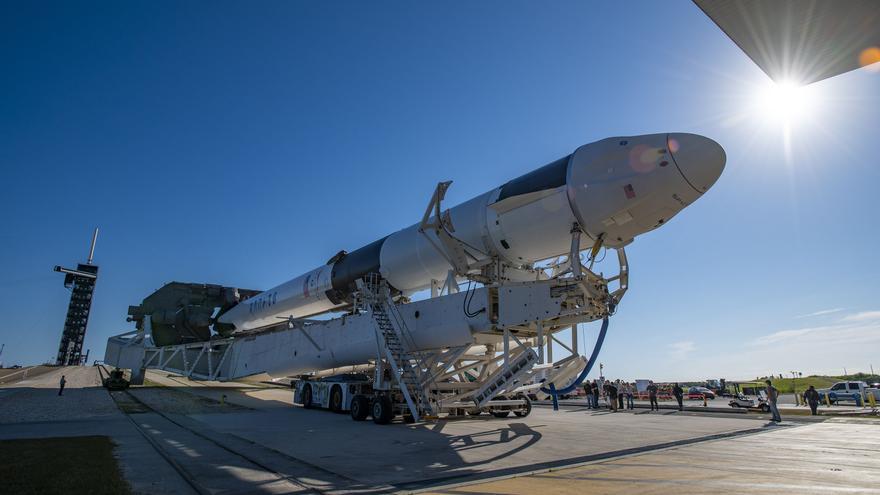 The POT and the SpaceX company they keep scheduled this Thursday the Florida launch of a Falcon 9 rocket with a Dragon cargo capsule to the International Space Station (EEI), a mission that will transport new solar panels and tiny animal species for scientific experiments.

During a press conference offered this Wednesday, NASA's ISS program director, Joel Montalbano, confirmed that what will be the 22 resupply mission carried out by the private firm It is scheduled to take off at 1:29 p.m. local time (5:29 p.m. GMT), from the Kennedy Space Center in Cape Canaveral, Florida.

It is expected that the Dragon capsule docked autonomously to the Harmony module of the ISS early Saturday morning, Florida East Time (USA).

The Dragon will carry 3,328 kilos of scientific and technological material, including two large deployable solar panels that, through spacewalks that will take place this month, will replace the rigid ones that the orbiting laboratory currently has.

The two panels, which will travel coiled in the pressurized part of the capsule and together weigh about 1,380 kilos, are the first of a total of six that will replace those that began to be placed on the ISS since December 2000, and the followed by others in 2006, 2007 and 2009.

The six new solar panels that POT It is going to start laying at a cost of 103 million dollars, dimensions of 20 by 63 feet (6 by 19 meters) and, thanks to them, the station's improved system will provide about 215,000 kilowatts of energy.

The Dragon capsule will also carry sepiólids and tardigrades (known as water bears that reach just 1.5 millimeters in adulthood), animals with which he plans to study the impact of microgravity on the symbiosis of microbes and, in the case of tardigrades, which is capable of surviving the harshest environments, the effect of microgravity and radiation.

After takeoff, and as usual for SpaceX, part of the Falcon 9 rocket will break away and land on an offshore platform which will be placed in the Atlantic, in order to be reused later.

It is expected that within 12 minutes of liftoff, the capsule will separate from the rocket and continue on its way to the space station, where NASA astronauts Shane Kimbrough and Megan McArthur will supervise the docking operations of the Dragon.

The capsule will remain attached to the ISS for just over a month, then return to Earth with research material, according to NASA.

The mission is part of NASA's public-private partnership with SpaceX, the rocket company founded in 2002 by Musk, who is also the founder of electric car maker Tesla.