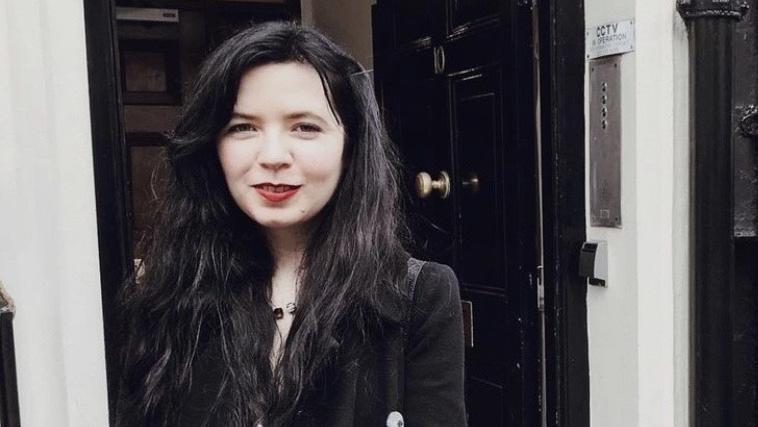 In 2018, a group of young Irish writers caught the attention of industry and the cultural press, who immediately began to speak of them as a boom. Sally Rooney is one of the best known members of that gang and who published in the prestigious magazine The stinging fly (the house of those authors in vogue) an excerpt from the novel Exciting days by Naoise Dolan. It was the first step in a book that now comes to Spain from the publishing house Temas de hoy translated by Esther Cruz Santaella.

Little information has been given of Dolan’s personal life when it reached the market in Spanish. He studied English literature at Trinity College, Dublin and at the University of Oxford. Zadie Smith said of her book, “It’s like a witty feminist Marxist comedy. And a bit wicked.” Now he lives in London. And a little more. It does not mean that it is necessary to know her thoroughly to understand her work, but at a time when personal life is also used as promotion, it draws attention.

The novel stars Ava, a young Irish woman who moves to Hong Kong with the money she had been saving for years in case she needed an abortion. There he teaches English to children in a center where they don’t even have time to go to the bathroom and where he earns a very precarious salary. In the middle of this situation he meets Julian, a young British man who works in the bank and earns a lot of money. In a short time she moves to his luxury apartment and has sex with him but without the romantic component operating. During his trip to London, Ava meets Edith, a Hong Kong woman who he does fall in love with, so she finds herself in a situation that she must resolve.

Beyond feminism, which is inherent in the decisions that Ava makes or not, issues of social class, precariousness or the nature of human relationships are clearly addressed. They are the engine of a story that has made the writer stand out from the avalanche of editorial publications that the beginning of the year has brought.

His novel arrives in Spain accompanied by very little information about his personal life. Is it your own decision?

No, not especially. I think the press in other countries was also given little information, but I have given many interviews since the book was published, so I suppose many have met through them.

For example, you have explained on numerous occasions that you were diagnosed with autism at the age of 27. What did it mean for you?

It was a great relief. It hasn’t magically improved my life, but it does mean that when a problem arises I have a scenario in which to place myself and a way to investigate what is going wrong. Now I understand that it is not my fault that I am different from a lot of people, it is just neurodiversity, okay.

In her book, the relationship between Julian, Ava and Edith can be perceived as a ‘love triangle’ but there is really only romantic love between Ava and Edith. Could it be said that, in reality, it is not a triangle but that Ava maintains two types of relationship at par?

Yes I think so! I also think that ‘love triangle’ has a connotation of compulsory monogamy, when in reality it is mainly Ava who causes the problems, without Edith or Julian being jealous. But I guess that concept is used because it is difficult to summarize a book succinctly. When I can only use one phrase to describe it, I say ‘love triangle’. But when they give me more time, my explanation matches your description.

If both relationships had been strictly heterosexual, is it possible that this situation [dos relaciones diferentes a la vez] be perceived in the same way?

I guess it depends on the reader. I know that I would like to see more queer women in novels. So when I find them in a ‘blurb’ [las frases promocionales con las que se suelen presentar los libros. Pueden ser una reseña de otro autor o un extracto de una crítica] I know that this is the book I am looking for, because I am interested in knowing how the author approaches the subject.

But possibly to a straight reader, if Ava had started seeing another man while Julian was away, it would have been more obvious that a conflict was immediately brewing.

Why did Ava decide to move to Hong Kong? According to what can be seen in the novel, it is not an easy place to live if you don’t have a lot of money. And she doesn’t have it.

I have not given many details about why he chose that destination and I did so deliberately. She wanted to make it clear that it was an impulsive and wrong decision so that it is better understood why she is not happy there and why she makes such bad decisions.

The theme of social class is very present throughout the book. What made you write about it?

I did not start the novel with that intention. It only seemed right to me that the characters considered social class as defining because it obviously differentiates them and because they all grew up during two decades of great economic ups and downs. It was the characters that brought me to the topic, not the other way around.

The fact that Julian is British also causes conflict in Ava. Is it a feeling that the Irish can have in real life?

I think most of the Irish wanted to put the problems of the past behind them, but it seems to me that Brexit has made everything worse. We are all very concerned about the UK-Ireland border and the potential this has to reignite the conflict in Northern Ireland.

In Spain it is quite difficult to dedicate oneself exclusively to writing, especially when starting out, if you do not have external financial support. Does the same happen in Ireland?

Yes, definitely. I wrote my first novel in 2017, while I had a full-time job, while also editing other things until I managed to sell it. I always knew it would be like this because I grew up during an economic recession. I never had the illusion of being able to support myself financially from day one with writing.

And does it have the objective of living being a writer exclusively?

It would be a good thing, but for me it is not the definition of success. Many of the writers I admire the most, dead or alive, had other jobs or other ways to earn money. Chekhov even managed to be a doctor for most of his literary career!