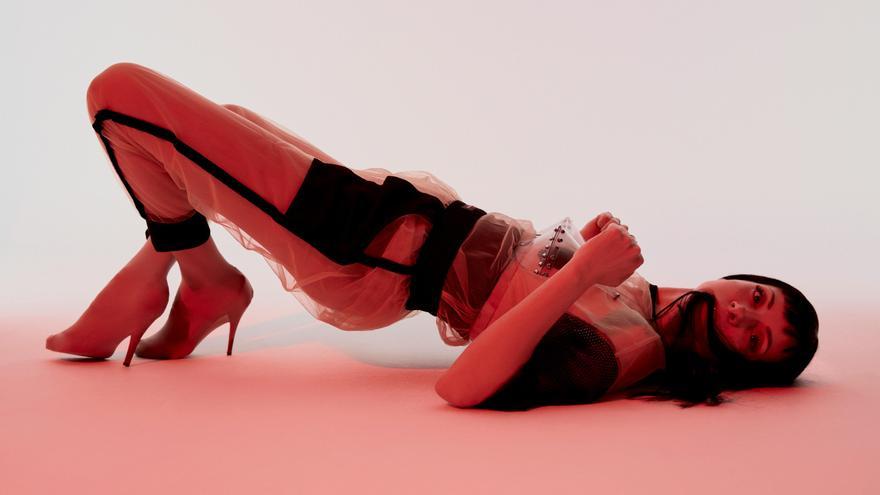 Najwa Nimri he was not aware of how imprinted the bolero was on his musical memory more primal until one morning, in full confinement, he woke up with a song in his head that his mother used to sing for him, 'Little cute doll', and he embarked on an unexpected adventure to update the genre.

"Being locked up in the mountain, I began to pay attention to songs that I had sung all my life, that my mother used to sing to me.. I would send them to Josh Tampico and he would return them to me produced. The first time I had to ask him what that was. A bolero? And I thought that my relationship with this genre was null, "he confesses to Efe.

This is how he told it in the press release: "Originally I had no culture of music from the 40s and 50s. At home, with two medical parents, we listened to little music. And then I grew up in Bilbao, a city that lived to the rhythm of the new British rock ".

Nonetheless, this Friday he publishes 'Ama' (Mushroom Pillow), whose title alludes so much to the musical maternal inspiration who has promoted this eighth solo studio album, as to the imperative of the verb "to love", which collects 10 versions of the classic sentimental songbook from Latin America, from the aforementioned 'Muñequita linda' to 'Mira que eres linda', passing through 'Reloj' or 'Perfidia'.

"There are not all the ones my mother used to sing to me, just some, and others that I liked after discovering the common thread of this work ", he explains about the repertoire, which will expand even more in the coming months with new releases.

As an interpreter, he affirms that immersing himself in this genre of "feasible and coherent stories" has been "easy and beautiful" for him, just like the general process of making the album, much less arduous than the previous one. 'Viene de largo' (2020), an approach to urban Latin and trap In which he invested six years of back and forth.

"This time there was no need to create the songs and the beats were already made and discussed since the previous album, so we had already won that step ", says Nimri, who sings the songs with that air of Rita Hayworth with which he appears on the cover.

The result, without losing its classic essence, actually manages to give it a contemporary patina. For this, the premise was "to put in few instruments, a trumpet instead of an orchestra" for example, in search of a minimalist aesthetic in the style of Nat King Cole compared to the more "bombastic" traditional versions.

"Making it modern had more to do with removing than putting on," he stresses.

As surprising as this approach to a genre that seemed alien to its musical coordinates are some of his collaborators, see the cantaor Israel Fernández or Pablo Alborán. "With him I was looking for a classic touch," he argues, "but I never thought he would say yes."

"They both sing that you shit. It is very overwhelming, for example, how Israel enters 'Only once'; I told him in the recording that I made his bed and that he did what he wanted inside, "he recalls.

Also appears the actor Álvaro Morte, partner in the television series "La casa de papel", with whom he has shared "very hard moments of filming in recent months".

"We were embarrassed by the circumstances, from PCR to PCR and with people from the team constantly falling ill. I told him to come and make music one day and we tried, not knowing if that would go forward, and I chose the song in which he could speak the most with that wonderful voice he has, "he reveals about the genesis of his" Get Closer. "

And is that this album, like all in his career, "even the darkest", has had some solace. "They are songs that helped people to cope with the day to day in the postwar period and in the confinement there has been some of that, saving the distances, because there were also people dying ", reflects Nimri.

With an agenda full of commitments for the coming months, which include more shootings and his foray into a "fictional reality" for Netflix, "which is an experiment" entitled "Insiders", for the moment the life of this album has not been considered in direct, nor that of that "Comes long" who was left without tour due to the pandemic.

"I'll play when it's time to play. I'm waiting for things to be freer. Actually, I'm going with no plan. In fact, someone who has a plan does not release a record like this, "he warns.

Tags: have, I will touch, najwa, nimri, play