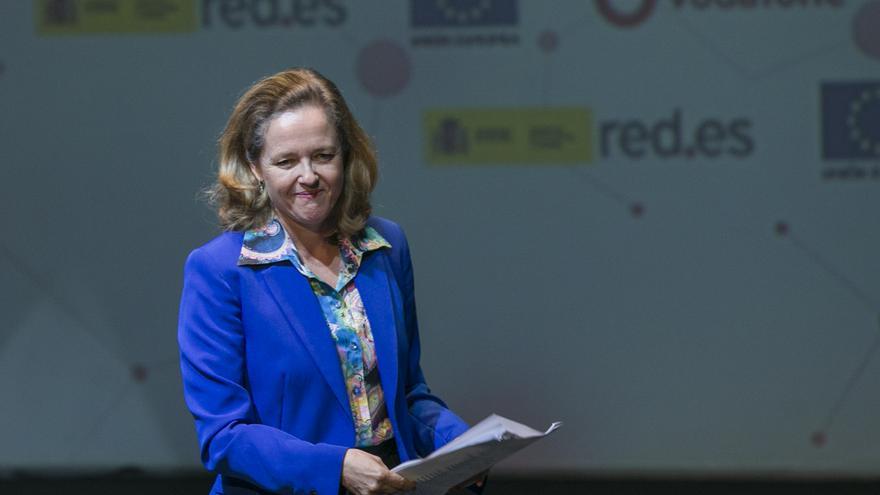 The European Commission warned four days ago risks of generalized bankruptcies, more unemployment and greater inequalities due to the COVID crisis. Moreover, he pointed out that Spain, the country that fell the most in 2020 and that can grow the most in 2021, there are risks “of an increase in business insolvencies, concentrated mainly in the sectors most affected by the activity restrictions, which materialize at as public support measures are reduced “. Consequently, “this could lead to an increase in unemployment and reduce productive capacity.”

The economic vice president, Nadia Calviño, before the Eurogroup meeting on Monday, wanted to point out that Spain has already given direct aid to companies: for incapacity for work, etc., we have disbursed 40,800 million. In addition, 16,000 have been transferred to the Communities in 2020 and another 8,000 million have been shortened in 2021 for health, educational and business expenses “.

This Monday, EU finance ministers will discuss the recent evolution of the solvency of the business sector based on a note prepared by the European Commission, and in April there will be a thematic debate on insolvency frameworks.

“It is essential that the banks, the financial sector, be part of the solution,” Calviño continued, “in the analysis of which companies were viable and due to solvency problems they may find themselves in a situation of over-indebtedness. It is the complex work that we are doing. doing to define additional measures to improve the solvency indicators of these companies “.

European Commission sources explain that they see possible a “wave of insolvencies and bankruptcies later due to the prolonged crisis.” From the point of view of the Community Executive, “there are many small and medium-sized companies in Spain with less capacity to react to the negative moment we are suffering now. It will depend a lot on the type of support that the governments put in place. And it is true that in the Spanish government so far has not given as much support as countries, although it seems to be willing to do so because of what the media say about new measures. ”

According to Calviño, “the European Commission has changed the State aid framework, so we have sent a new, slightly broader framework of aid until December 31: more aid, deductions and participatory loans, we are in the process of approving a framework larger magnitude “.

EDAV, the unknown and generous tax regime for large homeowners in Spain