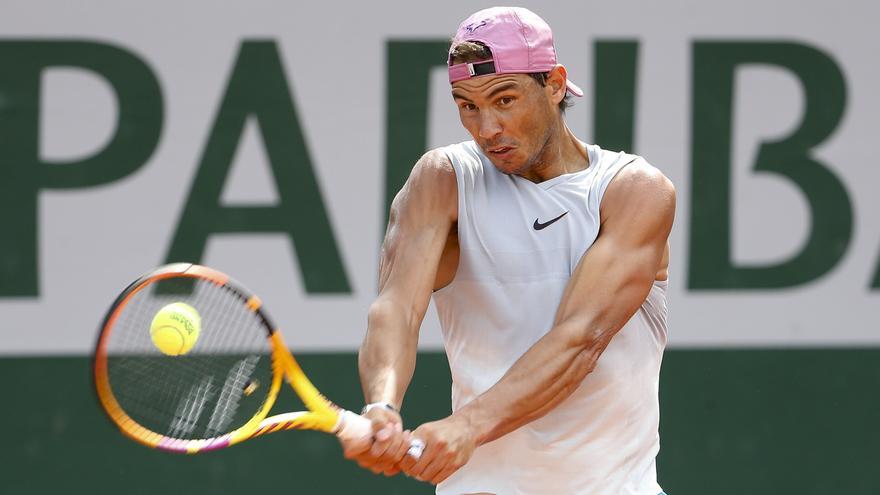 Rafael Nadal faces this week the start of Roland Garros with the aim of lifting the Musketeers Cup for 14th, an enormous feat like his statue in the Parisian complex to aspire to his 21st 'Grand Slam' and stay alone at the top, with Roger Federer and Novak Djokovic on their way to avoid it.

The Spanish tennis player debuts today in Paris with the Australian Alexei Popyrin, within a box that, as the third seed, he shares with the number one and a Federer who tests himself on an elusive clay. In the path of the earth king could be Richard Gasquet, Lorenzo Sonego, Jannik Sinner and Andrei Rublev.

Djokovic or Federer himself would wait in the semifinals while on the other hand Russian Daniil Medvedev is the favorite to reach the final. Nadal arrives with good feelings at the high point of the gravel tour, thanks to his title in Rome, also won in the final against Djokovic. After making the quarterfinals in Monte Carlo and Madrid and winning Barcelona, ​​the Manacor team hit the table in time to gain confidence.

Now, Federer's hegemony, fixed at the top of the 'Grand Slam' career, is more in check than ever by the Spanish, who at 34 still has great chapters of history to write, recognized by the French Open this week with a statue of a three-meter Nadal hitting the ball with his right hand. Djokovic, with 18 'greats' after his crown in Australia, does not intend to loosen.