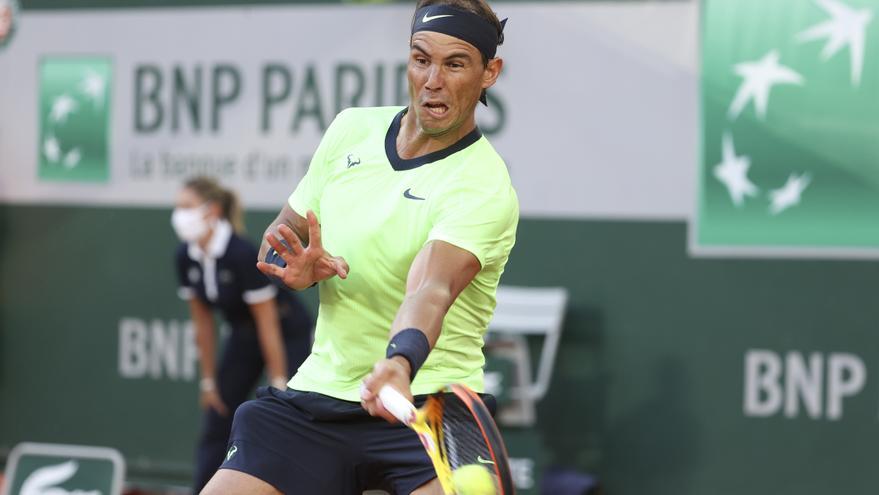 It is already a classic, one of those that over the years creates in Roland Garros: the Spanish Rafael Nadal Argentine Diego Schwartzman is measured in the final rounds of the tournament, when the smell of the glass stokes the ambitions.

This time, the duel will measure the only two tennis players who have reached the quarters without giving up a single set along the way. Will be the third time their rackets have crossed on the Parisian clay in which the Spanish has always imposed his law, although the Argentine hopes to cut the gap with the great dominator of that track.

The last duel took place last year in the semifinals, way of the thirteenth title of Nadal at Roland Garros, with Peque in full swing, just played his first final of a Masters 1,000, finally classified for the final stretch of a Grand Slam

Scwartzman had his best season and, in addition, he had beaten Nadal for the first time on the tenth attempt, in the quarterfinals of the Rome tournament. Never before had he presented so many arguments to dethrone the Spanish, but the result was overwhelming: 6-3, 6-3 and 7-6 (0).

Nine months later - last year's edition was delayed a quarter due to the pandemic - the Argentine reappears on Nadal's path and this time with fewer arguments on paper to skip discipline.

The Argentine remains among the 10 best of the circuitA condition that debuted after his good performance last year in Paris, but his time on clay has left less of a mark than in 2020.

Before landing on the banks of the Seine, Schwartzman had only won two games on brick dust, both in Barcelona and against opponents with a much worse ranking than his own.

Four defeats, in Monte Carlo, Madrid, Rome and Lyon, raised doubts about his ability to recover the moment of last season and generated a major crisis of confidence in the mind of the Buenos Aires.

But the French capital played its magic and the Peque has already achieved four triumphs in Paris that have served as a balm to his motivation, rising on the eve of facing a new duel against Nadal.

"Playing against Rafa is always a good step, a good time to know how well you are playing, I want to be there," he adds.

The Spaniard faces the duel on a good track, after an irregular start to his season on clay, which was gradually straightening out.

Following his defeat in the Monte Carlo quarterfinals against Russian Andrey Rublev, he conquered Barcelona for the twelfth time, before losing in the quarterfinals again in Madrid but coming back stronger in Rome, where he defeated Serbian Novak Djokovic in the final.

The player himself assured that that triumph put things in their place and the reunion with his favorite tournament has done the rest, to the point that the image he has left in Paris is reminiscent of his 13 previous conquests.

The Mallorcan himself assures that he is giving a "high and going to more" level, a declaration of intent for the duel against the Argentine, whom he considers "an always tough rival."

"He also comes with confidence, because his dirt tour had not been the best and here he has started to win games," he analyzed.

But Nadal is in full swing. ena and the prospect of a 21 Grand slam appears as a spur to him.

The road is still long and, in between, another mountain rises, a semifinal that the winner of the Spanish-Argentine duel will have to face against the Serbian Novak Djokovic, world number 1, or the Italian Matteo Berrettini.

While the Serbian left doubts in his round of 16 duel against the young Italian Lorenzo Musetti, who won the first two sets before the physicist told him enough, Berrettini had a pleasant Roland Garros and did not have to play his round of 16 duel for the retirement of the Swiss Roger Federer.

The 25-year-old transalpine became the first Italian to reach the eighth of the big four and although he plays his first quarters in Paris, he was already in the semifinals of the 2019 United States Open.

Djokovic is looking for his eleventh final in Paris, a tournament in which he has played five finals and has lifted once, the least of the 18 greats he has. If he did, a second would become the first to achieve at least two crowns in all the Grand Slam.