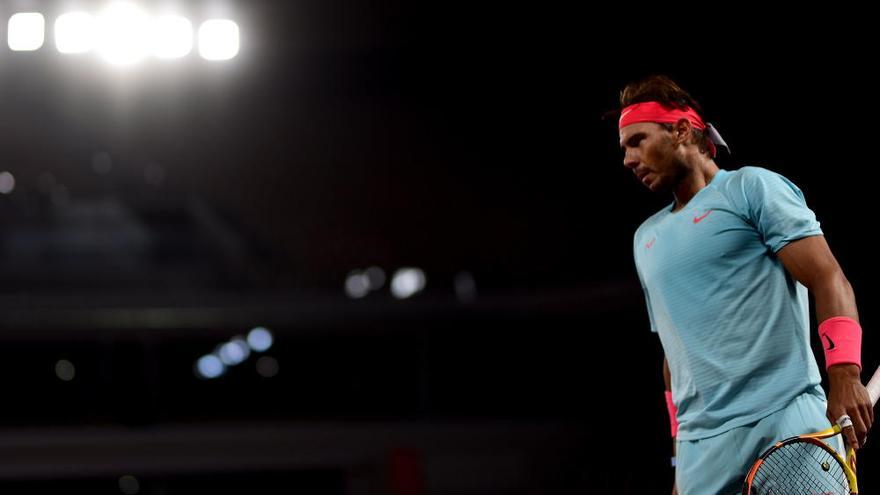 The Spanish Rafael Nadal He qualified this Tuesday to play the semifinals of Roland Garros for the thirteenth time in his career, after defeating in his 100th game in Paris, in a night session, the young Italian Jannik Sinner by 7-6 (4), 6-4 and 6-1, in 2 hours and 49 minutes.

The number 2 of the ranking will be measured for a place in the final against the Argentine Diego schwartzman, which comes from defeating him at the 1,000 Masters in Rome.

Nadal will play for 34 occasion a semifinals of a great, which places him 3 of the Serbian Novak Djokovic, which tomorrow will seek to qualify for that round against the Spanish Pablo Carreño.

On his way to his twentieth Grand Slam, which equals him with the Swiss Roger Federer, the Spanish appears without having lost a set in the semifinals.

"It's too late, but this thank you for having endured these harsh conditions "Nadal told the audience.

"Sinner is a great talent who has many difficult shots. He will go far in the circuit. I have been lucky to recover in the first set. The conditions were not easy for me. But I have been able to get better," he added.

The Spaniard regretted the late start time, so You will not have two days off "if not one and a half."

Against the newcomer Sinner, a 19-year-old tennis player who everyone predicts a future of height in tennis, Nadal entered cold and, for the first time in this edition, had to apply himself thoroughly to win.

Despite his youth, Sinner showed maturity and a varied game, which dislodged Nadal's machinery, unable to find the flaws in his rival's tennis.

The Italian, a tennis player who in 2019 made a monumental leap in the rankings and to whom many predict a great future, even had his serve to win the first set and only Nadal's champion reaction prevented him, by breaking the Sinner service.

The tiebreaker game was also adjusted, but again the Spanish experience made the difference.

Sinner asked for assistance for his right adductor, but re-entered the duel, ready to fight the Spanish, who had only lost five games on clay after winning the first act.

Again the transalpine broke in the second set, but again Nadal immediately recovered, partly because of his solidity, partly because of the inexperience of the rival, until in the ninth he snatched the service and, with his to close the sleeve, the Spanish did not fail.

The third was already easier. The rival's resistance faded and the Spanish game was adjusted to return to being the usual steamroller.

Sinner leaves the tournament with his head high, having become the first player to reach the quarter-finals on his tournament debut since Nadal himself did so in 2005.