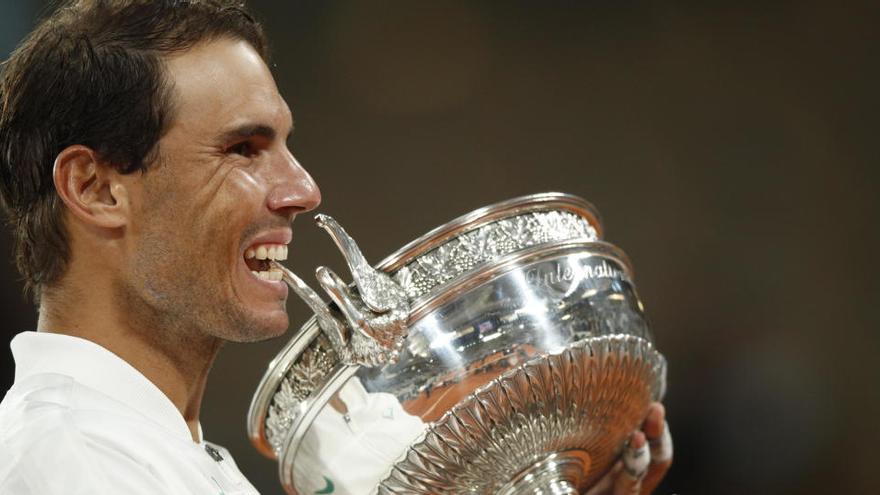 The Spanish Rafael Nadal further enlarged his figure in the world of tennis, not only for the conquest of his thirteenth Roland Garros but reach the swiss Roger Federer in number of ‘Grand Slams’, 20, a figure that he now aspires to exceed, supported by his age, competitiveness and motivation.

It has been more than 15 years since the Balearic Islands savored his first ‘grande’, in Paris, where he has carved out a legend that has been vital to be able to match that of Basel, whose age, 39, makes it more difficult for him to be able to extend a record that at times seemed unattainable until the irruption of Manacor and Novak Djokovic. Since that first triumph in the French capital, Only in two years, 2015 and 2016, was the Mallorcan unable to win any ‘big’.

Nadal he started his ‘Grand Slams’ account when he just turned 19, while Federer It had been released two years earlier, about to turn 23, at Wimbledon. The grass of the All England Tennis Club became his favorite setting, as is still the Parisian red clay for the Spaniard, the surface that he always choked on and that he only conquered in 2009, when he did not miss the elimination of the Balearic against Robin Soderling in eighths.

Both also have the ‘Grand Slam’. The Swiss managed to close it precisely in 2009 in Paris and the Spanish in 2010 when he made his debut at the US Open, the ‘big’ that took the longest to win, but his second ‘favorite’ after Roland Garros with four trophies.

Federer owns more than 100 titles in total (103) and has been a ‘teacher’ six times, which Nadal, who has yet to be crowned at the end of the season, counters with the 2008 individual Olympic gold, plus another in doubles in 2016, and five Davis cup, a competition that the Swiss almost always resigned, but that he won in 2014 with Stan Wawrinka, with whom he also hung the Olympic gold metal in Beijing in doubles. The balance of the Swiss in the circuit is 1,272 victories by 271 defeats, for the 999-201 of the Spanish.

Now, at 34, the Spaniard will face the challenge of trying to become the best solo ever in a career in which he has shown that he still has energy, motivation and, above all, tennis. Federer, with injuries in recent years, has it perhaps more complicated, but everything can be expected from his talent, while behind him there is still a Novak Djokovic (33 years old), who owns 17 ‘Grand Slam’.