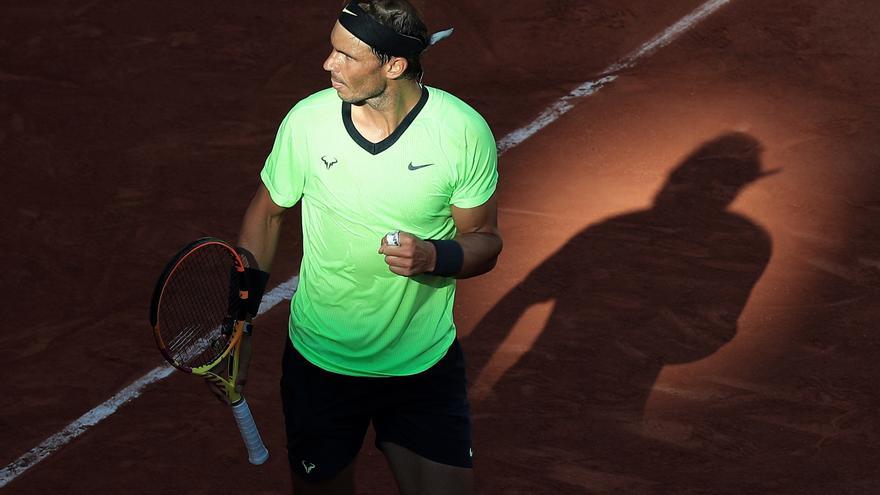 The story between Rafael Nadal Y Richard Gasquet It is the one of the two most talented representatives of the same generation with two different careers: while the Spaniard has been able to make the most of his talent, the Frenchman has exceeded the expectations that weighed on him.

On the eve of their third duel in Roland Garros, the day that Nadal turns 35 -Gasquet will have to wait fifteen more days- on the 17th in total in their long careers, the eyes of tennis turn to that May 27, 2005, the day on which the clay of Paris lived his first confrontation.

The tennis world froze to stare at two kids who weren't quite 18 yet, but who had already outshined the other stars, the Roger Federer, Gastón Gaudio -who was defending the title-, Marat Safin or Andy Roddick.

André Agassi was still giving his last strokes on the circuit and the clay was looking for a dominator to succeed Gustavo Kuerten. On everyone's lips were the names of Nadal and Gasquet.

"Those two guys have a bright future and I think they will have a rivalry similar to the Sampras-Agassi", assured Carlos Moyá, who had won in Paris a few years before and who, a few later, ended up becoming Nadal's coach.

The Spanish arrived with three titles on clay under his arm, those of Monte Carlo, Barcelona and Rome, a feat for a teenager who broke into the circuit with his pirate pants, his medium hair and his tank top too daring for the time and for the orthodoxy of tennis.

Éric Deblicker, who was then the coach of the tennis player that all of France had already designated as the natural successor of Yannick Noah, the last Frenchman who, 22 years ago, had won at Roland Garros, recognized that Nadal had matured physically before.

But he warned that his pupil had a more varied game then, capable of going up to the net, holding on from the bottom of the track, against Spanish's most predictable game.

Toni Nadal, for his part, warned of the pressure that the French public placed on Gasquet: "People expect too much of him, too soon".

They knew each other perfectly and for years tennis had been following their trajectories condemned to intersect in a rivalry full of poetry: the right-hander against the left-hander, the stylist against the strongman, the destructive direct blow against the plastic backhand.

With 12 years they were measured in Tarbes in a children's tournament and already then there are traces of that confrontation that fell on the side of the French.

The first professional arrived in 2004 in Estoril and the following year in Montecarlo they played a semifinal that left scars in both, but that was the second triumph of Nadal.

Guy Forget, who at that time captained the French team of Davis cup, was also in awe of the duel, although he had not yet called up Gasquet for the band, while Nadal had already become the youngest winner of the salad bowl.

The duel, fought under a blazing sun, 33 degree at the Paris headquarters, it had less history than the previous chronicles promised.

"I remember it perfectly, when I left the court I told my father: 'this guy is going to win the tournament.' He was an alien I knew it was going to mark the history of clay, "recalled the Frenchman after qualifying for the second round this year, where Nadal awaits him.

That duel marked a dilemma in their careers. The Spanish was full of trophies while Gasquet has been far from the hopes that had been placed on him.

The rivalry to the Sampras-Agassi that Moyá predicted did not take place and Nadal aimed higher, at Federer, who was his great opponent during his early years, until Novak Djokovic took over.

Gasquet failed to sneak into the fight with the best, never exceeded the position 7 of the ranking.

On the way to his fourteenth title in Paris, he would be placed with 21 greats at the top of tennis, Nadal meets Gasquet again, as if fate wanted to wink at two trajectories called to mark tennis.

In between a total of 16 duels, always with Spanish triumph, but with some brilliant fights, like the 2013 semifinal at the US Open.

Since 2008 Gasquet has not managed to snatch a set from the Spanish and has yielded 28, including three in their other showdown in Paris, in the third round of 2028.

"Nadal is the only great player I've never managed to beat", assured the Frenchman, who confessed "frustrated" in front of a rival who, with his left-handed power, nullifies his main weapon, the backhand diagonal.